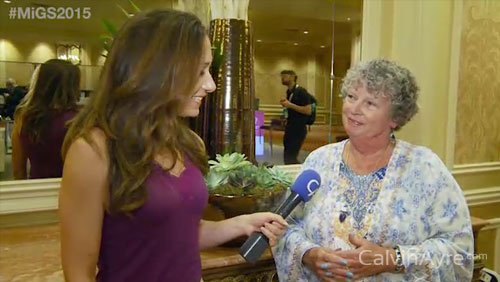 Now in its seventh year, the Malta iGaming Seminar or “MiGS” will be taking place at the Corinthia Hotel in Malta’s beautiful St. George’s Bay.  MiGS is an established event organized by partners who are industry veterans and have a good feel for what the hottest issues are and know the right people to present on these issues.

It has recently been revealed Calvin Ayre himself will be participating in a high profile MiGS session.

“This is my 20th year in the iGaming industry and there are other people that are like that, so one of our key panels is ‘A Century of iGaming’ where we have assembled a number of veterans that have been in the business”, said Sue Schneider, one of partners behind MiGS.

Schneider added, “Calvin Ayre is now going to be joining that particular panel via Skype right now, hopefully he can make it over, but he’ll be joining to give some of his experience. We’re looking to get a sense of where we’ve been and where are we going and these are all still people that are in the business in one way, shape or form, so that’s kind of fun”.

Malta is home to many iGaming industry companies and the MiGS organizers feel it’s an appropriate location to host an event such as theirs for a variety or reasons.

“There are apparently 9,000 that work in the industry in Malta, so it’s a good hub of people right there.  But its also a very beautiful place.  My favorite thing we’ve been able to add in since I became a partner in the event is a harbour cruise which I love”, said Schneider.

Arranging unique, daily networking events is something MiGS is known for and Schneider elaborated on what’s in store for this year.

“We have an opening poker tournament that’s sponsored by PokerStars, it’s the night before the conference starts and we’ve got a number of drinks.  We’re still looking for a sponsor for Zorb football, so if anybody out there is interested in doing that, let me know.  We try to have a good mix of fun and lots of good information and debate and discussion”.

With so many conferences to pick and choose from throughout the year, organizers have to do their best to provide value at a reasonable price.

“I think [MiGS is] very cost effective for one thing, I think a lot of events that are out there can be very pricy…so I think its something people will be able to do on a budget”, Schneider said.  She continued, “We have a good mix of people. We’ve got lots of great sponsors this year that are new with us as well as those who have come back from the past, so there’s going to be some deal-making going on”.