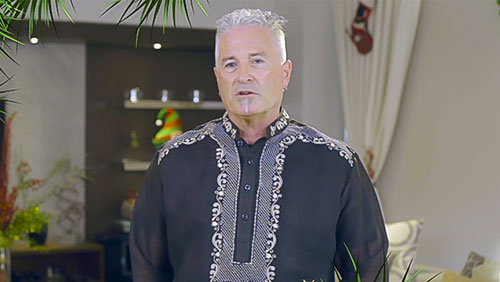 2021 will be the year Bitcoin SV (BSV) proves itself at the enterprise level, showing it can handle big data applications better than anything that’s come before. That’s the message in a video holiday greeting from Ayre Group & CoinGeek founder Calvin Ayre as the curtains close on one of modern history’s most pivotal years.

As Ayre put it:

2020 was a crazy year. But it actually wasn’t all that bad for a project that I hold near and dear. That is, educating the world on the massive data powers of the original Bitcoin protocol, now trading only as Bitcoin BSV.

2020, despite its many shortcomings, has indeed been a good year for BSV. Development has continued to grow at a relatively steady pace both on the Bitcoin protocol itself and in the wider ecosystem.

The year began with the CoinGeek London conference and the launch of Bitcoin’s newly-restored protocol, codenamed “Genesis”. From there, developers have worked on expanding its data processing capacity—with transaction block size limits now completely unlimited, the network had to prove it was capable of handling that traffic.

BSV has not faltered in that time, processing transaction blocks of 309MB and 369MB in size on the mainnet. That’s set to hit even greater heights in 2021 and beyond as the enterprise-class Teranode protocol moves closer to release and big data companies begin to adopt the technology.

This was the future for Bitcoin that its creator always envisaged, Ayre added.

“When Craig (Wright) invented this technology, he actually wanted to invent the technology that was going to be the world’s best at big data management. But in order to do that, he had to massively scale it. And this technology scales unboundedly. No other comparable technology can do that.”

BSV provides frictionless microtransactions for big data applications, yet still performs its original tasks as peer-to-peer electronic cash effortlessly. It does all this faster and at far lower fees than any other blockchain-based technology in existence. 2021 would be the year BSV proves it’s “the only contender to be the first true world computer,” he said.

On the topic of Bitcoin’s creator, Ayre also made a few predictions:

He also invited the public to make their own judgment on Bitcoin BSV by looking past the PR campaigns and seeing for themselves what it could do.

“Do your own homework—the information’s all there to verify for yourself, at any level, that this technology is real and fundamentally different than anything that’s ever been created.”

Ayre concluded with a call to join the Bitcoin BSV community to “spread the world, educate the world, on what BSV can do.” CoinGeek will certainly be doing that, and our team also wishes everyone in Bitcoin and beyond a safe and happy holiday season… followed by plenty of rest in preparation for the big year ahead.