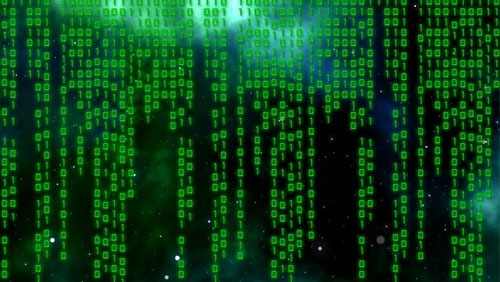 PokerStars and partypoker introduce changes to third party software policy in a bid to reduce the edge of the professional grinder over the recreational player, but poor Lee Davy is left all confused.

So I’m eating my muesli, and reading the paper, when I stumble across this headline:

We’ll be Having Sex With Robots in the Next 10-Years.

That’s the sort of headline that leads to an hour of research procrastinating on the progress of sex toy artificial intelligence. It was interesting. I will let you know what I found a little later.

Artificial intelligence (AI), and the rate at which it’s improving, is becoming a cause for concern in some quarters of the world. Philosopher Nick Bostrom – who recently shared the stage with Liv Boeree at the Effective Altruism (EA) Global Summit in San Francisco – said it would be a “great tragedy” for humanity should human-level AI ever be developed.

A big part of the thinking amid the EA community is how to do the most good that it can do by reducing existential threats. AI fits into that bracket. Elon Musk, Bill Gates and Stephen Hawking all believe so. Musk even donated $10m of his Tesla and SpaceX profits to the Future of Life Institute, an organization who are looking at the safety side of AI whilst everyone else looks at the dollar signs…or life-like Double D’s.

So all of this might make the meat of this article quite mute in several years time. If we are going to be having sex with robots that can pretty much beat the crap out of human beings in any sort of game that is thrust upon them (including the game of taking over the world), then online poker is going to be placed onto a dusty shelf next to Pong and Millipede.

Once upon a time there was a game called online poker: pure, perfect poker. Over time this pure, perfect poker because a little tainted. Very clever men and women of the world started to create third party software that would help people gain an edge over their competitors. What once started out as a game, quickly became some people’s livelihoods.

The grinders were born.

The recreational players were being bled dry.

There was a time when the online poker ecosystem was as delicate as a bubble you would see squeezed out of the nostril of a child. Today, that has been broken. It’s a right mess.

Many moons ago, a visionary called Jonas Odman wept a crystal ball like tear in frustration over the state of online poker. Odman looked into that ball and saw nothing but devastation. He knew that it was the recreational players that needed a warm hug, not the grinders. The Recreational Poker Model was born. Online poker room chieftains thought he was a snake oil salesman.

Fast forward several years and every online poker room in existence has started to follow in Odman’s footsteps, and this week two poker rooms have once again made changes to their rules and regulations that aim to take from the grinders and give to the recreational players.

Partypoker has issued a press release containing news of the progression of their “Poker for the People” campaign aimed at promoting ethical and fair play.

Partypoker has vowed to introduce the following three changes in the coming weeks:

2. Players wishing to wait for a cash game will join the room-wide waiting list and be randomly seated when a seat that matches their preference becomes available.

3. Players joining a cash game will see the names of their opponents only once their first hand is dealt.

Tony Dunst, partypoker Ambassador, spoke out in support of the changes when he said, “Without them, grinders will merely pass money back and forth while being raked, and games will inevitably dry up. I think these changes will help level the playing field for casual players, and preserve the quality of games for professionals.”

The biggest shake up comes from the world’s largest online poker room. PokerStars has also vowed to make changes to their rules and regulations surrounding third party software law, after their Sit & Go and Tournament Manager, Baard Dahl, posted a host of changes on the 2+2 thread entitled: 3rd Party Software on PokerStars: Proposed Rule Changes.

This is the part of the article where I am supposed to bring forth details of the changes that PokerStars has suggested…but it’s not that simple. Whilst I stand up and applaud them for taking action and striding towards, what will eventually be a return to pure and perfect online poker, I am confused about the way they have gone about it, and I am not alone.

The summary of changes is as follows:

1. Reference material, such as starting hand charts, now have to be “basic in nature”. Anything considered to be sophisticated in nature can no longer be used whilst the client is open.
2. HUDs are no longer permitted to display non-numerical data, categorize players or dynamically display statistics specific to a certain situation.
3. Hand or Situation Analyzers, such as programs that compute equities of various ranges of hands against one another, can no longer be used whilst the client is open.
4. Game State Reporters can no longer automatically or semi-automatically retrieve information from an otherwise permitted reference material. For example, tools can no longer notify an end-user that their starting hand lies in Group 1 of a statically defined grouping of hands.
5. Table Selection and Seating Scripts can no longer time a player’s registration into a global waiting list. They must register players into specific tables or tournaments.

The main bullet points seem to be the end of SpinWiz, another step towards the total annihilation of table selection and seating scripts, restrictions on HUD use, and various other complicated changes to third party software applications.

SpinWiz was created as a tool to table select in the Spin & Go games. That presented PokerStars will quite a problem considering their advertising of this game focuses on a random lottery. The banning of it, makes total sense. So why wasn’t everything else banned? Wouldn’t a total ban on third party software be the simplest way forward?

Before my time as a poker writer I worked in the rail industry for 20-years. I spent some time working for the managerial side during traincrew pay talks with the ASLEF trade union. The traincrew’s terms and conditions were contained in a book called The New Deal for Traincrew. It was the most complicated and ambiguous piece of waffle I have ever seen. Quite simply, both sides created a mess that was open to interpretation, because they didn’t really want to make the tough decisions. The result was anarchy.

And how are these changes going to be enforced?

It gives me a headache.

It gives me stress.

How can I release some stress?

Well if we banned all HUDs, and third party software, perhaps I could get good enough to save up enough money to buy one of these things that I stumbled upon when doing my AI sex toy research. That would get rid of my headache.