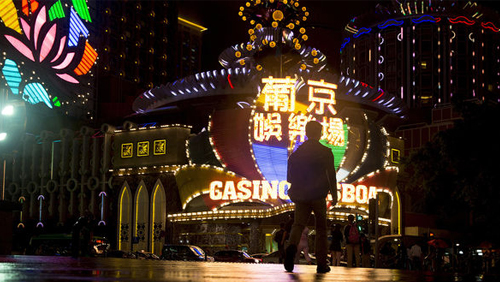 Junket operators in Macau are packing their bags, thanks to negative headlines and fears of theft in the city state.

“Consider that a junket investor sees—on a daily basis—the VIP story in Macau continue to decline for many reasons. At the same time, this investor hears about individuals who lost money in the Dore situation and is reminded of the similar Kimren situation from 2014. The natural reaction, in our view, would be to seek alternative investments,” Govertsen said in a note.

Dore Group, a junket operator under Wynn Resorts, recently lost HKD 2 billion to internal thievery. Dore’s operations reportedly account for between 4 percent and 5 percent of Macau’s total VIP gambling turnover, which is worth between HKD 9 billion to HKD 13 billion per month.

The Dore story is the latest in the stream of assaults that Macau’s junket system faces today. Aside from the thefts, there’s also the increased crackdown on corruption, not to mention the slowdown in Chinese economy, real estate softening, attacks on shadow banking system, the rise and crash of the Shanghai exchange, and the devaluation of the Chinese yuan.

“The alleged theft of investor funds at the Dore junket could eventually cause enough junket investors to give up and, in turn, finally push the junket system past the brink where one of the major players is carried out on a stretcher,” Govertsen said.

“The bottom line is that the company has been battered over the last year and a half, seemingly does not see anything on the horizon to give them confidence in a recovery, liquidity is a concern, and if they remain in the junket business they might be better off doing so outside of Macau,” Govertsen explained.

The combined Neptune entities account for 15 percent to 20 percent of total junket volume in Macau, second only to Suncity, according to the analyst.

Govertsen said the looming collapse in the VIP sector will lead to a 15 percent to 20 percent decline in Macau’s EBITDA, since VIP gaming accounts for roughly 20 percent of the total gaming EBITDA.

“The disaster scenario for Macau would be if the junket system collapses entirely and VIP story goes to zero, which we think is extremely unlikely, although further declines in the VIP story are almost certain,” Goversten noted.