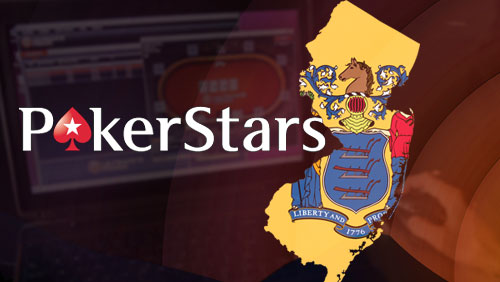 PokerStars, the world’s largest online poker room, could be up and running in New Jersey, by the end of the month, according to a comment made by an SVP Equity Analyst present in a meeting with various Amaya Gaming bigwigs.

PokerStars could be up and running in New Jersey by the end of the month.

That’s the latest wet finger in the air forecast – gleaned from OnlinePokerReport.com scribe Chris Grove – quoting SVP Equity Analyst Chad Benyon, saying he believed that ‘A NJ license could be a major catalyst” for the company “in the next 20 days.” His comments were made in a note following a meeting containing the likes of Amaya CEO David Baazov and Interim Rational Group CEO Michael Hazel.

If this forecast comes true then it will be in line with New Jersey Division of Gaming Enforcement (NJDGE) initial estimate offered after they suspended their review of Stars license bid in the Winter of 2013.

A statement released by the NJDGE read: “The Division of Gaming Enforcement has determined that the application of Rational Services Limited (PokerStars) casino service industry licensure (CSIE) will be held in a suspended status for a period of two years.”

The NJDGE did include a caveat, that if ‘significantly changed circumstances are demonstrated’ within that time frame then things could change. The NJDGE also mentioned PokerStars affiliation with Isai Scheinberg as another major sticking point.

The NJDGE wrote: “The Division’s determination is based primarily on the unresolved federal indictment against Isai Scheinberg for the alleged violation of federal gambling statutes.”

A significant change in circumstances was realized, when in June 2014, Amaya Gaming acquired PokerStars in a deal worth a reported $4.9 billion. It also removed the Scheinberg problem as he stepped aside to allow Amaya CEO David Baazov and co to take his baby onto the next level.

Over 12-months later and Stars are still conspicuous by their absence in a declining New Jersey online poker economy. Neither Stars nor the NJDGE have been very vocal over the reasons why.

Grove goes on to say that he believes Stars will be up and running in ‘weeks’ rather than ‘days’.

“It’s not quite as simple as flipping a switch.” Grove wrote.

PokerStars ability to endure the geolocation and payment processing problems that plagued the pioneers are yet to be tested. Then there is the mandatory soft launch to make sure that the NJDGE tick sheet is completed in sound order.

But how much of a difference will Stars make in an ever-dwindling economy?

I believe the key will be in the marketing. Once Stars get their license, I fully expect them to put more money into their marketing campaign than all the previous online poker rooms combined. I also expect them to hire some established sports stars (think Michael Phelps and Paul Pierce) to help promote the game, as well as using the full weight of the North American Team Pro roster, as they recently did during their tour of California.