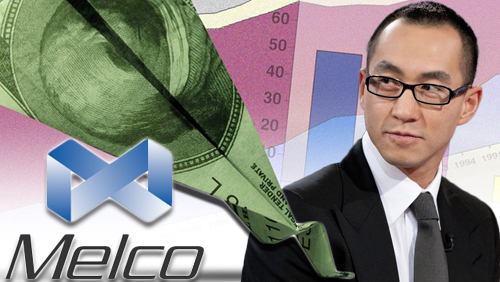 Lawrence Ho’s Melco International Development posted an 88 percent drop in attributable profits for the first half of 2015.

In a statement filed with the Hong Kong Stock Exchange on Monday, the conglomerate reported that its net profit plunged to HK$111.1 million ($14.3 million) in the first six months of the year, compared to last year’s HK$886 million ($184.51 million), due to a decline in contribution from associates.

“Macau gaming industry has been facing unprecedented challenges with unfavorable market conditions which are notably anticipated to remain difficult in the short term,” Melco said.

The company said factors that affected the overall gaming revenue include full smoking ban in casinos and restriction on visitation rights.

Earnings at Macau’s six biggest casino operators, which include Melco’s flagship City of Dreams, already dropped by 40 percent in the first half of 2015 as a result of the Chinese government’s crackdown on corruption. But casino stocks have been on the rebound following reports that the Chinese government is already relaxing its restrictions on Chinese tourists who are traveling to the city state.

Meanwhile, Melco Crown Entertainment Limited—the company’s joint venture with Australia’s Crown Resorts Limited—posted a net revenue of $1.97 billion in the first half of 2015, down 22.9 percent from last year.

“The decrease was primarily attributable to lower group-wide rolling chip revenues and mass market table games revenues in Macau, partially offset by the net revenue generated by City of Dreams Manila, which started operations in December 2014,” the company explained.

In its filing, Melco said “City of Dreams Manila continues to build on its early success, with its mass market gaming operations and non-gaming attractions delivering robust growth since its successful opening.” Recent reports, however, indicate otherwise.

City of Dreams Manila, despite glowing reports from the Melco conglomerate, has not had a good year, prompting its operator to lay off about 100 of its workforce as part of cost rationalization. In fact, Melco Crown and its local partner, Belle Corporation, are banking on gaming revenues from its VIP segment to end the year strong.

Back in Macau, Melco Crown is gearing up for the opening of its $3.2 billion Studio City on Oct. 27.

The RatRac-produced film was actually scheduled to make its debut at the 72nd Venice International Film Festival on September, but festival organizers nixed the idea due to technical glitches.

“We have just been informed by the production that due to the unexpected technical problems the film could not be here on time,” the organizers said in a statement.

The short film was rumored to have cost $70 million, with the actors taking home $13 million each for the two-day filming, according to The Hollywood Reporter.