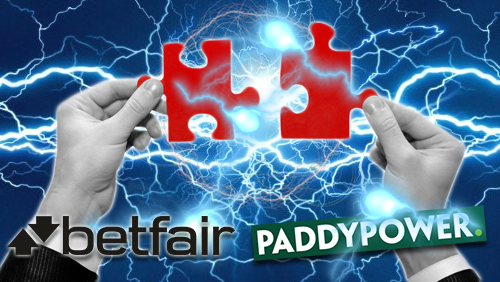 A few years ago I discovered a service called Transferwise. It matches up two sides of a foreign exchange transaction, so say you want to exchange Pounds for Dollars, it matches you up with someone, or a few people, who want Pounds and have Dollars. Instead of paying bank large commissions on the currency exchange, they take a small cut for making the match.

This isn’t an ad for Transferwise, but the point is, matching people who want to make a trade enables cheap commerce and increases the standard of living. Establishments can either be large clearing houses, taking all offers against themselves, or they can simply match people and not take on any financial risks directly. We are seeing this in the monetary sphere with Bitcoin and Bitgold, where two parties can exchange directly without a bank. We are seeing it in Forex with Transferwise. And we are seeing it in betting with exchanges.

What is a bookmaker if not a bank for punters? That is what it is. But since Betfair came along, quite aptly named, betting banks no longer have a monopoly on the industry, just like when Transferwise came along, banks proper lost their monopoly on currency exchange.

Last week I covered the top three defensive gaming stocks. It included Paddy Power as #2. I had no idea that only one day after that article was published, Paddy Power would confirm a merger agreement in principle with Betfair, and Paddy would rise 24%. Betfair is also up about 23% on the news. The fact that both companies have skyrocketed on the news of a potential merger is evidence that it really is a synergistic move if it does indeed go through. Usually with these types of mergers involving two public companies, the more highly leveraged company loses value and the smaller one that is being acquired gains in a sort of equity balancing act. In this case, both gained, thanks partly to the fact that neither is leveraged at all, indicating that the whole is greater than the sum of its parts.

In terms of finances, Betfair deserves to be on the list of defensive stocks with any of the other three covered last week. It has zero debt like Paddy Power, high cash levels, and very high growth. The only reason I didn’t include it is that was already near all time highs and the global situation right now is a bit less than stable. But even so, its price to earnings is high but not astronomical at 36. Compare that to momentum stocks like Netflix with a P/E ration of 259 and 36 looks tiny. Growth companies tend to have higher P/E ratios than normal, so there is still room for Betfair to move higher now considering the preliminary deal. Betfair is certainly growing on its own just fine.

Fiscally responsible growth is only the beginning of the success story that is Betfair. The company mostly goes after regulated markets, with 82% of current revenue from markets that are legal and taxed. You can’t fault a company for wagering 18% of its income on higher returns. The 82% figure is up 27% from last year, so I wouldn’t expect the ratio of sustainable to so-called unsustainable or unregulated revenue to rise much further. The additional revenue isn’t only coming from higher more frequent bets. Betfair is getting a lot of new active customers as well, 1.175M this year over 1.129M last year.

Another key statistic that is very encouraging from Betfair is that 70% of its sportsbook revenues are from mobile, which makes sense since betting is something preferably done on the fly. The 70% figure means they won’t run into the same trouble Ladbrokes did when they were too slow on mobile revenue.

We can keep going with the impressive numbers. Operating profit growth is much higher than revenue growth, which means that the company is reaching a threshold of economies of scales where profits will continue to rise faster than revenue for a while so long as the top line keeps growing. This is despite the added 15% point of consumptions tax introduced last December.

Further evidence of more efficient operations are that despite growth, general and administrative expenses are actually down 4%, which means they are hiring talented people with high productivity. Market expenses were up 10%, but that was well worth it considering the growth in its active customer base.

Revenue from the United States is growing quickly too, up 29% from last year after being up 20% from last year to the year before. It seems people love using exchanges and betting with each other. Perhaps it takes away some of the stigma of placing a bit with a bookie, or betting against the house. If you’re betting with another person instead of against the house, you feel as if you’re in competition with a peer instead with a bookie behemoth. It gives you more control over what you wager and how.

The fact that neither company has any debt is a rare thing among mergers these days. How much debt will be used to finance the deal on either side is still unclear. But even if the worst comes to pass economically, the only thing that will hurt a combined Paddy Power Betfair Group is a drop in the top line. Interest rates will have a minimal effect, and whatever happens, a merged company will come out of it perhaps not unscathed, but in a much better situation than any of its competitors.