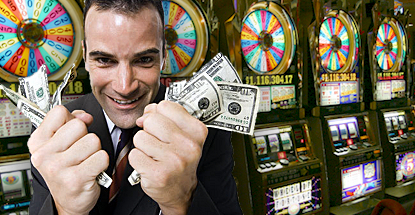 The Association of Gaming Equipment Manufacturers (AGEM) recently tasked Applied Analysis researchers to examine slot machine data in 16 US states in order to assess market trends. The report found a “clear and consistent trend” of falling slots spending, to which increased slots hold percentages may be contributing.

Slots handle in the 16 studied markets has declined at a compound annual growth rate of -2.8% since its 2007 peak. While much of this slide can be attributed to the global economic meltdown that began that year, the report notes that slots spending began to plateau prior to the Great Recession, “which was also the time in which slot hold percentages began to report their most significant rate of increase.”

The report goes on to say that consumer spending in the studied gaming markets has rebounded since the Great Recession while “gaming volumes have continued to contract.” Slots handle and slot win have fallen 18.1% and 13% respectively since 2007, while slot hold percentage has increased 6.2% over the same period and currently stands at a record high of 7.7%.

Much has been made about younger demographics – particularly those who still flock to Las Vegas – displaying utter disdain for the blue-haired grannies who park their posteriors in front of slot machines for hours at a time. MGM Resorts CEO Jim Murren recently opined that casino gaming floors would contract in the coming years as non-gaming amenities increased their share of casino operators’ overall revenue.

Nevada regulators are currently pondering ways to incorporate arcade-style gaming elements into slot machines operated by the state’s casino licensees. Whether such innovations will be enough to offset the short-sighted ‘blood from a stone’ approach of casino operators remains to be seen.

AGEM gets a September boost thanks to Konami, IGT
Erik Gibbs
8 October 2019