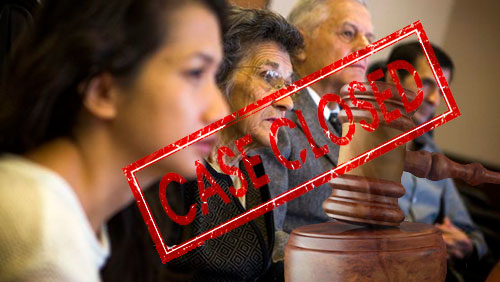 Nevada sports bettor Glen Cobb was slapped with a one-year probationary sentence for his role in Lycur—the now defunct company that ran an illegal betting operation and placed bets across state and international lines on www.betgrande.com.

The probationary period will allow officers to monitor Cobb’s computers to ensure that he does not place illegal wagers with any international bookmaker. His octogenarian parents Charles and Anna Cobb and stepdaughter Monica Namnard will not undergo any probation but, along with Cobb, were collectively hit with a $4.2m forfeiture penalty.

Federal prosecutors argued in court that the Cobbs should be banned from entering casinos as it would be like “letting the fox back into the hen house” but Boulware decided in favor of defense lawyers saying that by doing so would take away the family’s livelihood as most of their wagering was done legally at Las Vegas casinos.

The four defendants were indicted for running an illegal bookmaking operation from March 2011 through December 2013 and structuring financial transactions to hide $2.6m from the IRS between December 2008 and November 2013.

Cobb pleaded guilty in April along with his parents and stepdaughter, agreeing to forfeit the $4.2m proceeds from the illegal gambling activities of Lycur between 2011 and 2013.

In addition, felony charges will be dropped and the judge ordered the government to return approximately $9m of the $13.2m IRS and U.S. Secret Service agents seized from the Cobb family.

The case against the Cobbs gained attention in the media because of tactics used by prosecutors in order to keep cash and assets seized from the family.

Prosecutors used a rare court process allowing them to file civil forfeiture actions against the family without giving notice to the Cobbs or anyone else. Filing the papers was done under what is known as a “super seal” wherein the documents are stored in a court vault and aren’t placed into the electronic case management system—a technique used when national security or public safety is a serious consideration in a case.

Prosecutors said that they used the seals to protect an undercover agent and confidential wiretaps but U.S. Magistrate Judge Cam Ferenbach issued a written decision blasting the government’s use of the courts in the undercover forfeiture campaign.