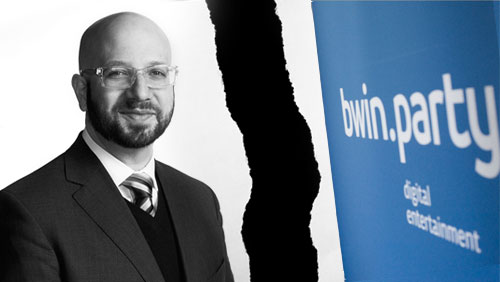 Jeffrey Haas, Group Director of Poker at bwin.party digital entertainment delivers his baby and then the news that he will be leaving the soon to be acquired outfit to experience a new adventure.

Think about those moments. You know the ones of which I speak. The ones you hope never come your way: spending a day in Ikea with the wife, gardening, watching cricket – delivering a baby.

That’s what happened when Bwin.party digital entertainment’s Group Director of Poker, Jeffrey Haas, realized that he wasn’t going to get his wife safely to hospital in time for her to give birth.

All three are doing well, although extremely tired. Haas said the NHS ‘rocked’ and was extremely grateful to the ‘nice, calm and professional emergency services operator who talked me through the delivery on speakerphone.’

Perhaps it was Haas’s other news that created the premature contractions. He is leaving his position at Bwin at the end of the month to look for a new adventure.

“Thanks for the all the fish,” Haas Tweeted.

It’s the second time that Haas has left Bwin. The planned acquisition from whomever wins the race means he won’t be returning for a third time. He previously spent 19-months working for Bwin as Director of Product Management for the Ongame Network back in 2005/2006.

Given the recent acquisition discussions and the sale of the WPT Haas’s departure will not come as a complete surprise. Keep your eyes out for even more cases of musical chairs in the near future.