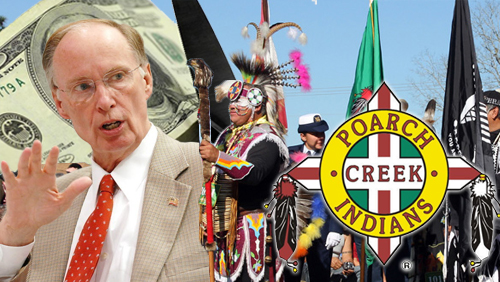 Alabama Gov. Robert Bentley has described the Poarch Creek Indians’ offer to help the state with its budget shortfall as disingenuous and bogus.

The Poarch Band of Creek Indians has launched an ad campaign urging voters to push their legislators to accept the tribe’s $250m offer to fill the state’s budget deficit. In return, the state would sign a compact that would give the tribe exclusive rights to gambling in the state.

“We have not been offered $250 million by the Poarch Creek Indians. We can’t take money from them because it’s advance money that will be paid on things down the road,” Bentley told AL.com. “I really wish they would be honest with the state of Alabama. What they are saying now is just totally dishonest.”

Bentley also said that although he have the power to deal with the tribe, he and many other Alabamians have a hard time granting exclusive rights to just one business to do anything. Bentley maintains the budget must be solved with a combination of tax increases and reforms, not from casino gambling dollars.

Poarch Creek Chair Stephanie Bryan has responded to Bentley’s comment, saying that the tribe’s offer is sincere and genuine.

“Our tribe is genuinely committed to being part of the solution to Alabama’s financial crisis. We believe that these difficult times demand bold action on the part of everyone in a position to help our state. We are sincere in our offer to give Alabama the $250 million it needs now. And we are confident that where there is a will to fix this problem, the great legal minds in our state’s government will find a way to accept this ground-breaking solution for the good of Alabama and its citizens,” said Bryan.

Bryan also added that the compact will give the Alabama “a steady stream of revenue and will prevent this sort of financial crisis in the future.”

“We have brought Alabama economic development and limited gaming in our state. Our focus is on what is good for Alabama, and we remain confident that we can all work together, in good faith, to bring an end to this crisis,” Bryan added.

While the compact does look to be the best solution for the state government on a short term basis, government officials are concerned of the long-term implications of giving the Poarch Crreks a monopoly of Alabama’s gaming industry.