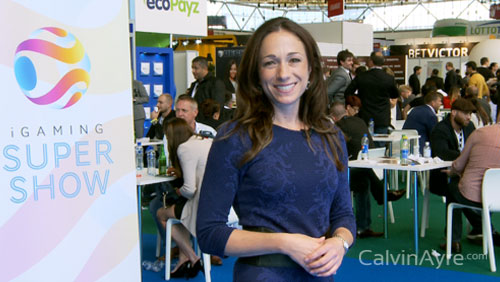 The iGaming Super Show 2015 has officially kicked off in Amsterdam, the only event dedicated to the entire iGaming industry. Last night delegates were invited an opening party at Jimmy Woos, one of Amsterdam’s most notorious nightclubs, with the expo and conferences opening this morning at the RAI.

As always, the vibe was casual with iGaming professionals old and new chatting at booths, in networking areas and all around the expo floor. Quite a few booths were offering open bars, a nice feature as its always nicer to network and do business over a free cocktail. 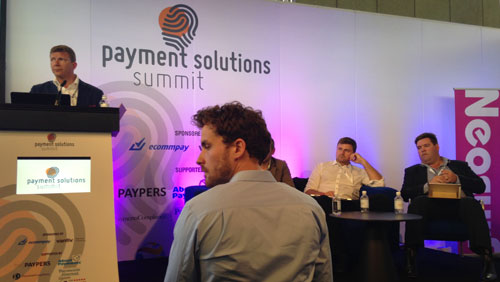 This morning at the iGaming Executive Conference Tom Chatfield, Author, Tech Theorist and TED Global Speaker delivered a presentation on what the human brain wants from games and gaming. “We are building artificial worlds that are expressly designed to tick our evolutionary boxes”, he said.

According to Chatfield we have an extraordinarily intense, emotional and intimate relationship with our devices and this is the future- these devices are now an extension of our bodies. With this in mind, everything appearing on the screens of these devices are in a brutal competition for our time and attention.

“Its very important for you to be the least irritating solution out there”, he said. You must give people what they want, when they want it.

Chatfield also discussed “the reward schedule” where effort is rewarded and failure is not punished. “Every single micro interaction needs to have an element of emotional reward”, he said. In gaming people fail a lot, this we know and its why our companies are all in business, but the key is turning a failure into “just not succeeded yet”

A major growth area for iGaming is “mass participation”, according to Chatfield, in other words bringing the social and mass elements into what customers are doing. “If you want to get people excited, involved and to care as much as possible, you need to make sure they feel what they are doing is appreciated by others”, he said. We must think of ways to build ambient social experiences into digital offerings.

Over on the expo floor, Mike Walmsley of Lucky Rainbow Bingo and Sea Bingo decided to take a booth for the first time. Walmsley is also an affiliate, but has decided to make the leap into operator-dom and regarded the iGaming Super Show as the best place to debut his offerings and attract new affiliates.

To cut through all the noise on the expo floor and capture some attention, Walmsley rounded up a few gorgeous models to hand out free pizza, two things that every man loves.

Optimove, a retention automation software company, also took a booth at the iGaming Super Show. In addition to educating operators on their services of increasing customer spend and lifetime value and decreasing churn rate, they shared a preview of their latest research piece, “How to leverage player emotions to increase retention”.

The Payments Solutions conference included a popular digital currency session moderated by Secure Trading’s Mark Bell and featuring Ben Robinson of GoCoin, Mark Højgaard of Coinify and Tim Heath of coingaming.io.
After witnessing the back and forth in between panellists and the crowd, its clear the iGaming industry is not quite ready to jump on the Bitcoin bandwagon, but there is certainly potential for the future. Companies like Bell’s are willing to integrate with Bitcoin exchanges, but iGaming operators are still in need of further education and proof that Bitcoin is here to stay.

Micky Charles, an online gambling industry veteran and one of the strongest personalities in our world, told CalvinAyre.com there are far too many conferences in iGaming yet he has decided to make the trip to the iGaming Super Show.
Charles enjoys these events as he’s able to catch up with old friends in the industry and reflect on how the industry has changed over the many years he has been in it. He also commented on Michael Caselli’s extraordinary ability to organize social and networking opportunities, one of the most adored features of the iGaming Super Show.