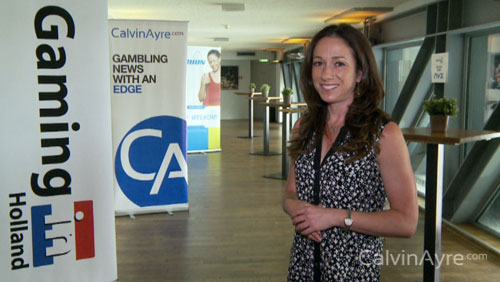 Day one of the fourth annual Gaming in Holland took place today in trendy Amsterdam Noord at the Pakhuis de Zwijger venue. Several hundred industry professionals were present throughout the day attending sessions dedicated to key issues surrounding the Dutch gaming market and other parts of Europe.

Top themes today included creating a level playing field for the lotteries in the Netherlands, creating the proper tax regime for prospective entrants into the Dutch iGaming market, the crossover between lottery and iGaming offerings and innovation in technology.

Today’s “The Dutch Lottery Market Over the Next 5 Years” panel featured Arjan van’t Veer of Staatsloterij, Sigrid van Aken of Novamedia, Peter-Paul deGoeij of Lottovate Netherlands and was moderated by Mark Davies of Camberton PR. 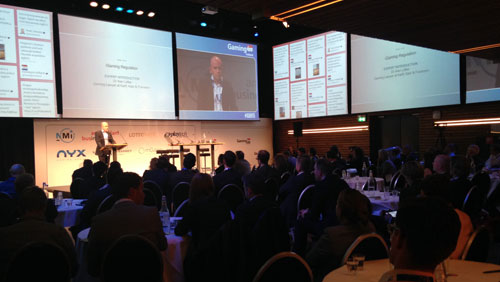 Before diving into any of the current issues, van Aken covered the history behind the Dutch lotteries and said the state lottery is maybe the oldest in the world and was actually used as a fund raising tool to help rebuild after the war. There is a big field of charity lotteries, she said, founded by the charities themselves and these lotteries exist next to the state lottery. “Its very important to involve the charities, its important for shaping the future”, she said.

The broadening of the lottery market in the Netherlands is something all panelists were in favor of and van’t Veer said the broadening of the market will provide more money for players and also for the charities- “new brands can come up like new flowers”, he said. de Goeij commented on the importance of creating a level playing field so there is at least a fair opportunity for new entrants in the lottery market.

The imminent online gambling regulation in the Netherlands and how it will impact the current lottery industry was also discussed. de Goeij believes the regulation of iGaming won’t take business away from the lotteries, especially seeing as there are already unregulated iGaming options available in Holland and the presence of these operators have not sabotaged the lottery industry.

Once online gambling regulation becomes a reality, the movement of players from lottery products to online gambling products is something de Goeij is very much against. “Given the role the lotteries have in the Netherlands, with the charities especially, I would be very careful to muddy the water around lotteries”, he said. Keep lottery and iGaming separate if they are both products of the same company, he said.

Morten Ronde, CEO of DOGA, delivered a presentation today covering the iGaming and lottery market in Denmark, a market that has served as a role model for the Netherlands. Ronde revealed the 82% growth from 2011-2014 the Danish iGaming market has enjoyed, but pointed out the operators are not happy because the state monopoly, Danske Spil, is still in a very dominant position.

Ronde went on to explain Danske Spil’s attention is on the new iGaming market and they shifted their attention from lottery to online by cross selling and teaching players to try new products. Media spend has also shifted to online gambling. 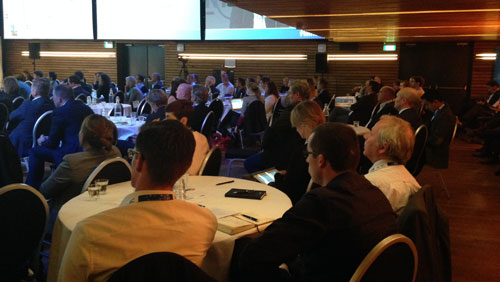 The organization of Danske Spil in one company- one platform and one database- has had negative effects for the betting and online casino market as well as for the lottery market. With this in mind, Ronde’s recommendation for the Dutch regulator is to be careful, especially with the merger now, to be sure to have a level playing field. “To create competition, you need a level playing field”, he said.

The CEOs revealed what is top of mind for them at the moment and the responses included how to grow their businesses, managing regulation challenges, innovation and keeping products fresh, fun and new, convergence of technologies, content and channels and how to make it relevant to the player and how to attract the younger generation to games that are not necessarily close to their world.

As we approach 2017 and online gambling regulations are put into place in the Netherlands, the CEOs shared their thoughts on the move to online. Olders mentioned his concern for a level playing field, Zysman and Saumarez Smith mentioned a need for consistency in the requirements from the regulator and Zysman added his thoughts on the opportunity for innovation.