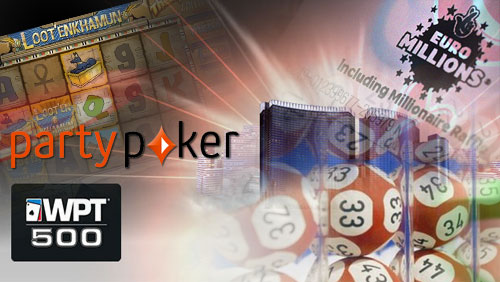 You’ve arrived home from a backpacking trip with your girlfriend. You think you’re suffering from jet lag, but really you’re missing your online casino action.

Whilst she falls into slumber land, you flick on your mobile phone, load up the slot game: Loot’En Khamun, and give the thing a whirl. After a single spin, you win a bit of money, and decide to wake the missus up to let her know. Only it’s 5am in the morning.

“Will you f**k off!” Comes the response.

That’s exactly what happened to one lucky punter from Totnes, Devon, whilst playing on the Egyptian themed slot on partypoker.

“The numbers just kept going up and up and up – I couldn’t believe it” I immediately woke up my girlfriend to show her – she told me to f**k off as it was five o’clock in the morning!” Said the newly minted millionaire.

As part of his win, partypoker will be flying him out to Las Vegas to represent the brand in the WPT500 at The Aria, an event that carries a $2m Guarantee. When he returns home, he plans to start his own plumbing company, and pay a visit to Egypt.

Golan Shaked, Director of Games, said: “We are thrilled one of our players has hit such an amazing win! partypoker is on a mission to make our games the most exciting available with the best jackpots. With our unique titles such as like Loot’En Khamun, Melon Madness and the newly launched Atlantis, we are really bringing the people something special. In the last 12 months we’ve given away £10million in jackpots and this win proves it really can happen to anyone!”

That’s the jackpot that has been won by an unnamed British ticket in the EuroMillions Lottery. The sum of £93,388,942 accumulated because the jackpot has not been hit since 26 May.

The lucky numbers were 5, 8, 10, 11 and 37, with Lucky Stars numbers 7 and 9. Camelot said the identity of the person is unknown, and the winner has every right for it to remain that way.

It’s the biggest British lottery win of the year, but remarkably it’s only the sixth biggest win of all-time.

Here is the Top 5

The Weir’s used £3.5m of that bounty in the fight for Scottish Independence, meaning 79% of all donations came from the EuroMillions Lottery winners.