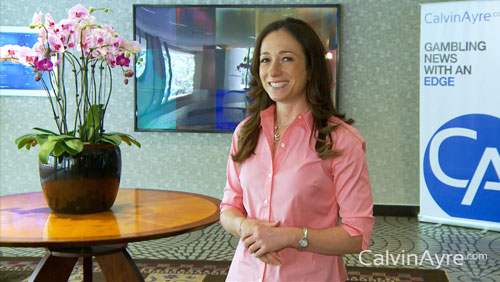 The final day of GiGse 2015 has just finished up at the Hyatt in San Francisco.  As always, today was quieter than the other two days, but nonetheless provided value, especially for those interested in industry start-ups and venture capital.

Today’s main highlight was the Start-up LaunchPad, an annual event at GiGse during which five hand-picked start-up companies pitch their products to a panel of judges.  After the pitches, each judge reveals which start-up they would choose to invest a million dollars in and why while the audience votes on the winner.

This year the five start-ups were as follows: 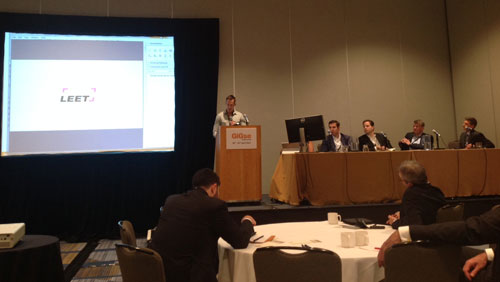 Betzapp: A bet aggregation service offering “pay and play” in one click

numberFire: A sports analytics platform bringing the world of “Moneyball” to the everyday fan

Tapcentive: A mobile engagement platform that bridges the digital and physical gaming worlds

For the first time ever, all four LaunchPad judges- Carl Abrahams, Paul Martino, Ian Hogg and Trevor Squier- agreed on which start-up they liked best and their thoughts matched the majority of the audience as Nicholas Bonaddio of numberFire was ultimately crowned the winner.

Positive comments from the judges regarding numberFire included the fact Bonaddio cited multiple sources of revenue, the affiliate/content path has proven to be a solid one in the UK and should be in the US as well and the company’s relationship to Daily Fantasy Sports can only be a positive thing.

Bonaddio was obviously delighted with his win and acknowledged he was up against some stiff competition.  He told CalvinAyre.com the purpose of numberFire is to make every sports fan smarter and to provide them with actionable information, a feature some of the major sports news sources have been lacking in.

Today’s VC panel featured Gavin Teo of Comcast Ventures, Paul Martino of Bullpen Capital and Andrew Walker of GameFounders.  All three panellists agree there is a lot of room for innovation and growth in the Daily Fantasy Sports (DFS) industry, despite some concerns the DFS giants DraftKings and Fan Duel have scooped up all of the market.

Teo cited eSports as an example of a vertical that could be explored with DFS. “I also think that the convergence of eSports and daily fantasy sports will be a big opportunity, and companies like Alpha Draft and Vulcun are already starting to raise large amounts of capital to pursue that vision”, he said.

Martino agreed with Teo and used the comparison of Craigs List and eBay as two giants and Airbnb sprouting up as a popular specialized site, even though you can find similar listings on the other two sites.

Before closing out the event, CalvinAyre.com spoke with Melissa Blau to get her thoughts on the hottest topics discussed over the course of GiGse 2015.

Blau pointed out last year’s topics of discussion mostly centered around the real money gaming (RMG) market and the three regulated states, Nevada, New Jersey and Delaware.  This year at GiGse the discussion moved away from RMG and more towards what we can do right now to make money, the biggest of the bunch being Daily Fantasy Sports and also on-premesis opportunities.

Blau added that people are still talking about social, but much less so than previous years- even the start-ups participating in the Launch Pad were traditionally quite heavy on the social side, but this was not the case at GiGse 2015.