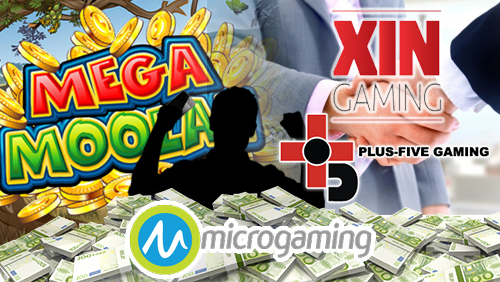 The breakthrough moment arrived for a player identified as Mark A, who was playing on RoyalVegasCasino.com when Micograming’s Mega Moolah progressive slots jackpot rang on his mobile device.

“We’ve been watching the progressive ticker grow substantially over the last few weeks; anticipation was building as to when it was going to strike,” Microgaming head of casino John Quinn said. “Once again the jackpot was hit via a mobile device; it really is a sign of today’s industry and how prevalent mobile is.”

“One of our senior VIP executive hosts had the pleasure of phoning Mark to confirm the win and to congratulate him; to say he was elated is an understatement.”a spokesperson from Royal Vegas said. “Everyone here at Royal Vegas would like to congratulate Mark on this mammoth and historic win.

According to Royal Vegas, Mark A. had only been a player on the site a little over a week when he won the Mega Moolah jackpot, proving that beginner’s luck still showers the lucky few with good fortune once in a while.

XIN Gaming CEO Mathias Larsson expressed his excitement over its partnership with the white-label casino software provider. “We choose our distribution partners carefully and Plus Five Gaming have a great reputation in the market and are offering a solid platform to their clients,” Larsson added.

CEO Andy Jones also commented on the deal: “Plus-Five prides itself in providing new and cutting edge casino games, continuing that trend we are excited that a partnership with XIN Gaming has been established.”