Jean Montury is the latest European Poker Tour Main Event champion, after beating Valentin Messina, in heads-up action, to take the first prize of €687,400 on the tiny island of Malta. 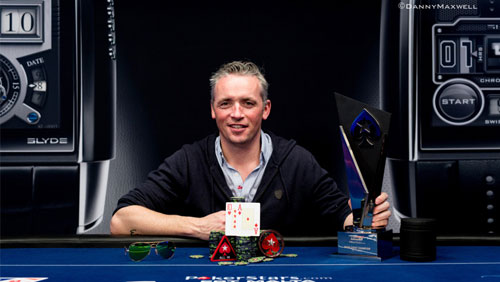 Draw a line under it.

Consign it to the history books.

69 events have whistled by like a bullet train from Japan, and the inaugural European Poker Tour (EPT) stop in Malta has been a rip roaring success.

Two Germans, two Americans, a Bulgarian, and now a Frenchman, as Jean Montury defeated Valentin Messina, in heads-up action, to take the first prize of €687,400.

When the final table was boiled down to eight, two names stuck out like recently hammered thumbs. Hossein Ensan has his GPS firmly tuned in to EPT Main Event final tables, and Dominik Panka is…well…Dominik Panka.

Ensan had an incredible run when he finished third at EPT Barcelona. He picked up a career high of €652,667 for that run, and he added a further €153,700 with a sixth place finish in this one.

But all eyes were on Panka.

Could the young PokerStars players repeat his success of the Season 10 PokerStars Caribbean Adventure (PCA) and walk away with two EPT Main Event titles? The title of this post gives you a slight clue as to the answer to that question – but he came mighty close. A third place finish, and during his birthday celebrations no less.

The PokerNews blog said that Panka evaded the losing end of nine all-in pots on his birthday. It’s a shame he wasn’t born one day later. His pocket nines reaching the river, ahead of Montury’s [Ac] [Qc], only for the board to run out [Kc] [7s] [2d] [Jd] [Ts] ripping the Pole out of the ground and sending it like a javelin to the rail.

€100,000 is a lot of dough. It took the players several hours of grueling play before Messina moved all-in, holding pocket fives, Montury called with [Ad] [Th], and the board double paired to hand the latter the title.

It was a great festival for Montury. Prior to Malta his record spoke of consistency; not supremacy. His Main Event victory was his fourth final table of the festival.

Not bad at all.