Home / Poker / Get Out of the Venetian! The Poker World Direct Anger at the TDA 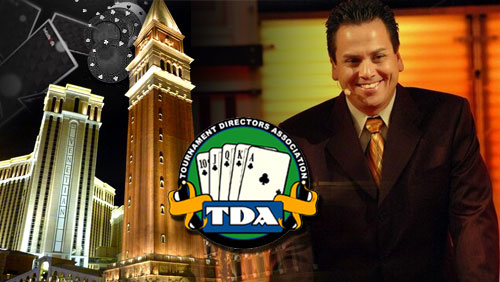 The Tournament Director’s Association anger the poker community after announcing plans to hold their biennial event at The Venetian in Las Vegas. A casino owned by online gambling destroyer Sheldon Adelson.

All three of Daenerys Targaryen’s dragons could not create as much heat as the Tournament Director’s Association (TDA) are currently facing, after board member Matt Savage tweeted their intention to host the 2015 event at The Venetian, Las Vegas, June 16-17.

It’s the equivalent of Gandhi holding one of his team talks at a slaughterhouse.

It’s the home of Sheldon Adelson. It’s the home of the enemy. The 18th richest man in the world has promised to do whatever it takes to destroy online gambling in the United States. He has crony capitalism in one hand, the Restoration of the Wire Act (RAWA) in the other, and $31.4 billion shoved down his y-fronts.

How do we defend ourselves?

We play in his poker room.

We host events in his poker room.

Perhaps, this is a genius move by the TDA? A ‘keep your enemies closer’ type of move?

As usual with poker, it’s a decision based on one thing.

The Venetian were willing to offer the TDA a free room, tea and coffee, and that was enough to see poker hand in their arms at the door. Values didn’t come into the equation.

“This event promises to be one of the most important and exciting in the history of the association.”

That is the tagline on the TDA site.

Unfortunately, for all of the wrong reasons.

Matt Savage is getting most of the heat. It was his tweet that ignited the fire. But that doesn’t mean Savage made the call. The TDA Board of Directors include Savage, Jack Effel, Linda Johnson, Jan Fisher, Tab Duchateau, Neil Johnson, Dave Lamb and Mike Bishop.

That’s enough experienced heads to realize that this decision would go down like a lead balloon. And talk about timing. Poker players around the world have been fixed glumly to their computer screens as people who know nothing about their game try to take it away from them during the RAWA hearing.

It was like pouring acid onto an open wound.

Poker players came forward in their droves to offer their homes as a better alternative than The Venetian. Alex Dreyfus once again showed why he should be included in the third Avengers movie when he donned his cape, flew into the social media storm and pronounced that he would pay the bill to shift the event somewhere else.

@SavagePoker @PokerTDA Dear TDA, GPI is keen to support full cost of ConferenceRoom+AV+board members rooms if not hosted at Venetian.

Daniel Negreanu thinks the TDA are pulling his leg.

@SavagePoker @PokerTDA This is the most EPIC and elaborate April Fools Joke of all-time! You got everyone riled up with this one.Am I right?

We’ve have learned a few things in the past few days.

Someone within the TDA screwed up. They made a mistake. Big deal. We all do. Let’s forgive and move on. The wave of social media angst has also proven one more thing. This event will not take place at The Venetian.

Where it will end up is anyone’s guess.

But it will not take place at The Venetian.