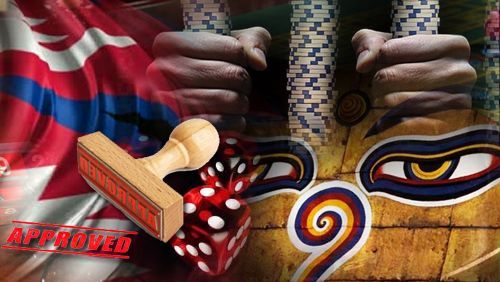 Nepal’s Department of Industry has approved another foreign gaming company to begin operating a casino in partnership with a local firm.

The latest nod was given to Goa-based gaming company Goa Coastal Resorts, which will be partnering with Nepal-based Entertainment and Recreational Pvt Ltd. to launch and operate Casino Pride at the Hyatt Hotel in Kathmandu.

“We have registered a company under the name of ‘Casino Pride’, which is scheduled to come into operation by one and a half month,” one of the promoters of the company told Nepalese news site eKantipur.

Tourism Department Director General Tulasi Gautam confirmed that the company has already registered at the Department of Industry, but noted that it hasn’t applied for the permit with the tourism department.

Nepal shut down its casino industry last year over its failure to pay back taxes. Since then, some casinos have been reopened, most recently the Millionaire’s Club & Casino at Shangri La Hotel that’s currently being operated by Hong Kong-based gaming operator Silver Heritage.

Goa Coastal Resorts would become the third gaming operation to run a casino in Nepal under the new casino regulations implemented last year.

The arrests were made after local police received a tip-off about the shady operation. Police also seized Rs 1.2 million ($12,000) in cash. The gamblers, most of whom were identified as local Tibetans and refugees, were reportedly playing cards and mahjong in the casino-style gambling den when the raid occurred.

Senior Superintendent of Police Pushkar Karki told local reporters that the arrested individuals will be booked under the country’s new Gambling Act and could face stiff penalties or worse, possible time behind bars.