Home / Casino / Nepal says all casinos in the country are illegal, must close by Sunday 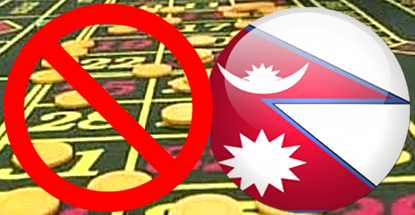 The government of Nepal has given all casinos operating in the country until Sunday to close their doors after they failed to honor back tax bills. The dispute between the government and the country’s 10 casinos dates back nearly a decade and has featured countless ultimatums and deadlines, all of which the casinos have ignored. As a result, the Ministry of Culture, Tourism and Civil Aviation (MoCTCA) was left with no option but to declare all casinos in the country to be operating illegally.

The latest game of brinksmanship began last July via the adoption of the Casino Regulation 2013, which doubled the amount of royalties and fees the casinos were required (in theory) to ante up to the government. Casinos were required to pay an annual Rs 40m (US $410k) while the fee applied to electronic gaming houses was Rs 30m. The regulations also banned gambling from taking place within 5km of international borders and restricted electronic gaming houses to operating within four-star hotel properties.

The government claims the casinos owe a total of Rs 1.07b (US $10.2m) back taxes and royalties since 2005/06. Two of the 10 casinos have since closed down, but the rest chose to challenge the legality of the raised fees in court. On March 21, the Supreme Court rejected the casinos’ effort to roll back the new casino regulations.

On March 20, having already twice extended the deadline for complying with the new regs, the government gave the casinos another 15 days in which to file applications for operating licenses. That April 4 deadline also came and went with no sign of compliance, so the government extended the deadline by another 15 days, ostensibly to ensure that casino employees received their owed wages and benefits before the ban hammer came down.

On Friday, the suddenly accommodating president of the Casino Association of Nepal (CAN) president said his organization’s members would abide by the government’s declaration, but Kirshor Silwal nonetheless insisted that all but two casinos had paid their dues through 2012/13. The government has suggested it might be willing to consider revising the new fees if the casinos would pay their outstanding tabs, suggesting there’s a whole new bunch of missed deadlines in Nepal’s future.