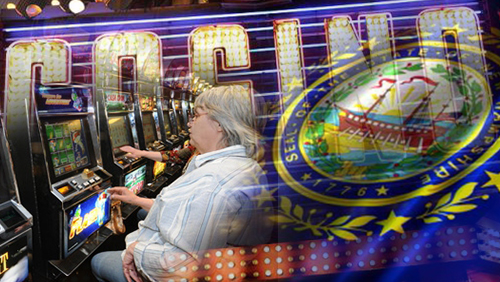 The ongoing casino debate in New Hampshire is far from finished, even after a bill to legalize casino gambling in the state fell by the wayside last year because of one vote. But supporters of legalizing casinos remain undeterred and are now doubling down efforts to put two casinos in the state to help boost the local economy.

Sen. Lou D’Allesandro, a strong supporter of the move to open casinos, is leading the charge and has proposed new legislation – Senate Bill 113 – that would call for the opening of two casinos within the state, with no restrictions on the locations. That part of the legislation is a revision from past versions, which required that at least one of the casinos would be located in the North Country.

“I think it’s the right thing for New Hampshire,” D’Allesandro told the Eagle Tribune late last week, adding that casinos in New Hampshire would be a boon for the state’s economy and would prevent residents from gambling in other states, most notably Massachusetts. The argument is grounded on the belief that if residents are going to gamble in casinos, they might as well do it within the state.

SB 113 also calls for one of the casinos to come with an $80 million licensing fee with the other casino getting a license fee of just $40 million. The casino with the bigger fee will receive permission to have anywhere from 80 to 160 gambling tables to go with 2,000 to 3,500 slot machines. Meanwhile, the casino with the smaller license fee will be permitted to have 25 to 60 gambling tables and 700 to 1,500 slot machines. Host communities would receive a 3% cut of casino revenues while abutting towns and the host county would each receive 1%.

The proposed bill appears to be far more ironed out than past versions, but getting lawmakers to approve it is still easier said than done. The state has rejected one casino bill after another since the 1970s.

Fortunately for D’Allesandro and the rest of his pro-casino posse, they have a strong supporter in Governor Maggie Hassan, who has already gone on record saying that a casino in the state would boost the state’s economy. It’s still unclear whether Hassan will support a bill that’s proposing two casinos instead of one, but supporters of the bill can take comfort knowing that that she, in her own words, would be “responsive to constructive dialogue” on the issue.

But not everyone is on board. Significant pockets of the population remain unconvinced that allowing casino gambling would solve the state’s economic woes. These groups include the League of Women Voters, Casino Free NH, and the Granite State Coalition Against Expanded Gambling. These groups believe that the negative impact of casinos would be more detrimental to the economy in the long run.