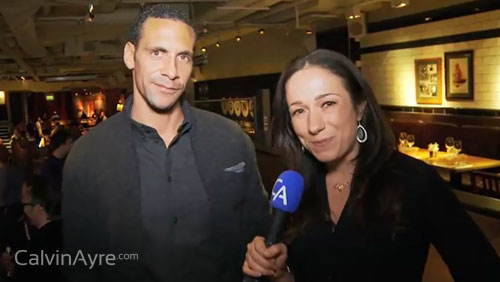 Rebecca Liggero talks to Queens Park Rangers’ Rio Ferdinand and he shares his relationship with CasinoFloor and what it means to him.

Former Manchester United captain and England international Rio Ferdinand is exhausting his last years in the Premier League for Queens Park Rangers, but he’s not the type to have to worry about what to do once his football career is finished. In addition to having some kind of involvement in music, TV, and film industries, Ferdinand is also making waves in the online casino scene after striking a deal with online casino operator CasinoFloor.com to become the “face of the brand.”

The partnership, which is CasinoFloor.com’s way of trying to expand its presence in the UK market, involves Ferdinand being featured in a number of advertising and promotional projects to help promote the operator into new markets.

CasinoFloor.com Managing Director Jack Mizel didn’t hide his excitement of having Ferdinand, one of the more decorated English football players in recent years, representing his company. “We are delighted to have such a world renowned sporting icon join our team,” Mizel said in a statement.