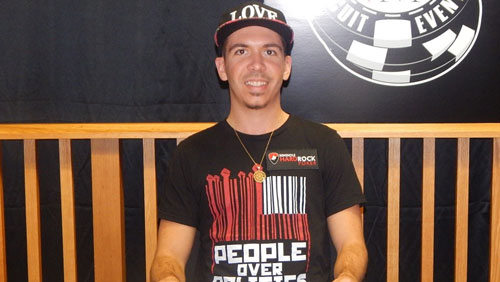 Darryll Fish has won the first major title of his career, after defeating Diosdado Icawat, in heads-up action, to take the first prize of $173,189 in the World Series of Poker Circuit Main Event in West Palm Beach.

“I’m not in the game for the titles.” Fish told the WSOP after his win. “I play for my love for the game and the ability to earn a living doing it is something that I’m really fortunate to be able to do.”

Without it, the grinding ceases.

Let’s take a look at the green.

His biggest score to date was $235,350, when he finished sixth in the World Poker Tour (WPT) World Championships in Season IX. He has made two WPT final tables. In Season XI he finished third in the Lucky Hearts Poker Open.

“I’m gonna keep grinding, keep doing what I love. Nothing much will change.” Said Fish.

Maurice Hawkins and Sam Panzica both made the final table. Hawkins search for a fifth gold ring ended in seventh, whilst Panzica’s ended in fourth. It’s been an impressive series for Panzica, who picked up his fourth gold ring in Event #9.

One man who can trump Panzica’s series performance is Marshall White. He earned the Casino Championship brand after cashing four times, making two final tables, and earning one gold ring. He will join Fish at the WSOP National Championships in Atlantic City.