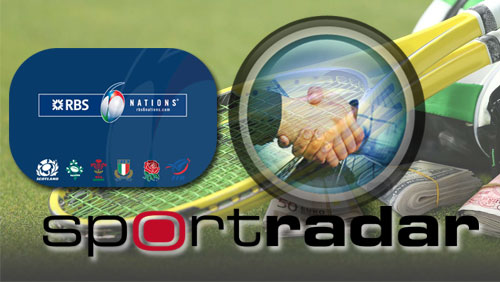 Sportradar Head of Communications Alex Inglot expressed its concerns in tennis, especially at the lower levels, being prone as any sport to threats of match fixing.

Sportradar is known for its meticulous approach to ensuring the integrity of sports betting across a wide number of sports. In its time, the company has learned a great deal about the intricacies of keeping these sports secure from match fixing. But recently, the sports security services company identified one sport it says it has serious concerns over match fixing: tennis.

“There are serious concerns about tennis at various levels,” Inglot said, as quoted by Inside the Games. “I know a number of professional tennis players who say there are certain countries where you go to play tournaments and every single player will be approached to fix a match.

Ingot did parse his comments by saying that not everyone is doing it, but if all players are being approached to throw away a specific match, it wouldn’t be impossible for a few bad apples to take up the fixer’s offer in exchange for compensation.

Recently, eyebrows were raised during a Challenger Tour match between Denys Molchanov and Agustin Velotti when the betting volume for the match turned out to be suspiciously higher than matches of that quality. According to Sportradar, the match between the unranked Velotti and world number 174 Molcharov generated almost $1 million in handle.

Sport radar Managing Director of Strategy and Integrity Andreas Kannich believes that there should be more cooperation between bookmakers, sports federations, and law enforcement authorities to keep the strains of match fixing away from sports.

“The Federations and the police forces have to share information and it’s crucial that the bookmakers are a part of this,” Kannich pointed out. “Match-fixing is an international problem and we need communication based on facts.”

Sportradar is trying to do its part, and it’s renowned security system found another client in the form of Six Nations Rugby Limited after the two sides agreed to a three-year partnership.

As part of the deal, Sportradar will provide Six Nations Rugby, specifically the next three installments of the senior Men’s, Women’s and Under-20s Six Nations Championships, with its fraud detection system.

Six Nations Rugby Tournament and Operations director Jon Davis said that while rugby has so far steered clear from match fixing allegations, that doesn’t mean it’s going to be that way forever. “We would be naïve to discount the risk altogether, so, in order to head off the possibility, The Six Nations in consultation with the six Unions decided that the Sportradar service would send a clear message.” he said.