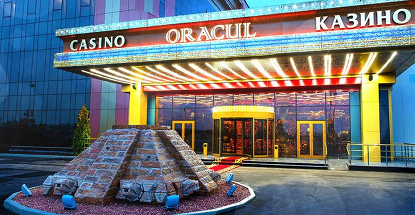 Russia’s fractured casino industry has become even more confusing now that the government plans to ‘liquidate’ one of its designated gambling zones — the only one that has yet to officially launch casino operations. On Friday, the TASS news agency reported that the casinos operating in the Azov-City gambling zone in the Krasnodar Krai region would have their gaming licenses abrogated by April 1.

The government plans to shift the Azov-City gambling zone to the Sochi region, which joined the four original gambling zones this July after Russia extended the boundaries of the Krasnodar zone. The Ministry of Finance said it would offer compensation totaling “at least” RUB 10b (US $145m) to help cushion the blow.

Last June, the Krasnodar government said its three casinos – Oracul, Shambala and Nirvana – had attracted over 254k visitors in 2013, nearly six times the 45k that traipsed through the turnstiles in 2010, their first year of operation. Over the first five months of 2014, 128k gamblers had made the trek to the gambling zone.

The Royal Time Group is among the casino operators affected/blindsided by the change. On November 1, Royal Time opened the newest phase of its Oracul facility, featuring a new hotel costing RUB 1.5m, and was in the process of building a “concert and entertainment complex” with a completion date of Q3 2015. Other expansion plans stretched out as far as November 2018.

Royal Time may have had some inkling of the axe hanging over their heads but was clearly hoping for a reprieve. In response to the July decree authorizing the Sochi gambling zone, Royal Time issued an official position saying it “does not regard the new law as a direct indication to the elimination of the existing Azov-City gambling zone.”

Hopefully, Royal Time will find a more permanent home in the Primorye gambling zone on Russia’s coast near Vladivostok, where the company has reportedly inked a deal to build a casino. Primorye has so far attracted the most interest of international investors, including Lawrence Ho’s First Gambling Company of the Far East, which is set to open its casino in May. Cambodian casino operator NagaCorp’s Primorsky Entertainment Resort City expects to break ground this year with a 2018 opening target. That is, assuming Russia doesn’t decide to move all these operations to Murmansk or something.

Russia orders Azov-City casinos to close by Jan 1, 2019; not all operators convinced
Steven Stradbrooke
4 May 2016