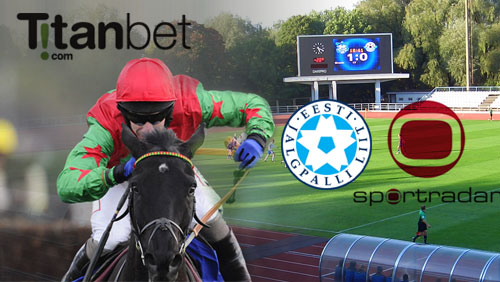 UK online sportsbook Titanbet has signed off on a sponsorship deal that would make the online gambling site the official sponsor of the Kingmaker Novices’ Chase at Warwick Racecourse in February 2015.

Titanbet will also have its name attached to a number of other races on the card as the firm builds up its brand ahead of the highly awaited Cheltenham Festival this coming March 2015.

Titanbet struck the deal in part because of its ongoing attempts to further ingratiate itself in the UK market. “It’s a prestigious race at an important stage in the calendar and we’re delighted that it marks our biggest racing sponsorship to date,” Titanbet spokesman Russell Yershon said. “We hope it will be the first of many similar deals that help us build the profile of Titanbet.co.uk among horseracing fans.”

The Jockey Club’s region sponsorship manager for the south west region, Carey Buckler, echoed those sentiments, calling the deal with Titanbet an important step towards fostering a positive working relationship with the betting firm.

“I am delighted that Titanbet.co.uk have taken their first major National Hunt race sponsorship at Warwick,” Buckler added. “The Titanbet.co.uk Kingmaker Novices’ Chase is one of the leading trials for the Racing Post Arkle and I am sure that this year’s renewal will be just as competitive.”

Moving to the world of football, the Estonian Football Association (EJL) has renewed its partnership with  Sportradar. With the extension, the EJL will continue to benefit from Sportradar’s industry-leading sports data collections system as it continues to monitor global betting patterns through the country’s leagues and cup competitions.