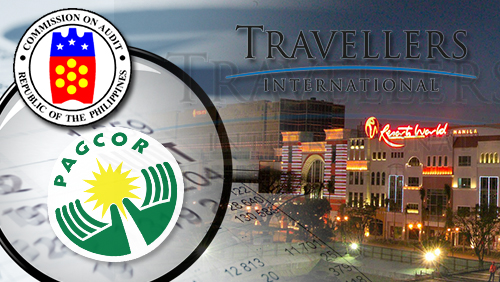 The Philippine Amusement and Gaming Corp. (PAGCOR) has incurred more wrath of the Commission on Audit (COA), which is demanding that PAGCOR dispose of the remaining condominium units it bought from AMVEL Land Development Corp.

In its 2013 audit report released last week, the COA put PAGCOR in its place when it came to the latter’s investments in non-core assets. The Commission was referring to 66 condominium units PAGCOR bought from AMVEL with the intention of selling these units to PAGCOR employees and officials. But the COA discovered that of those 66 units, 54 remain unsold, which puts PAGCOR on the hook for Php218.1 million in unrealized profit.

The COA has recommended that PAGCOR intensify its efforts “to dispose the remaining 54 condominium units in order to recover the idle funds, which can be utilized for more profitable investments.”

“Considering that it was evident that its officers and employees were no longer interested in availing of the housing project, in view of the lapse of six years from the time the project was conceived, consider the possibility of offering the subject units to the public,” the COA added.

In true Filipino fashion, the COA used a colorful metaphor, comparing the unsold condo units to “unwanted children” that came about because of “poor planning” on PAGCOR’s part.

“PAGCOR could have avoided the incurrence of various expenses in the total amount of P16.237 million relative to the 54 unsold units had the diligence of a good father of a family been strictly observed and had there been proper planning and judgment in the purchase of the subject condominium units,” the COA said.

TRAVELERS INTL. DETAILS RESORT WORLD MANILA EXPANSION PLANS
Meanwhile, Travellers International Hotel Group announced that it has spent Php3.3 billion ($74 million) from the Php16.8 billion it raised through a recent share sale to fund the development of Resort World Manila’s Phase 2 expansion. Part of this expansion program involves the construction of the Marriott Grand Ballroom, as well as the West Wing of the Marriott, new dining facilities and an underground parking lot. All in all, Travellers allocated Php7 billion for the expansion, which means, if my math proves to be accurate, that the company is almost halfway through its expansion.

In addition, Travellers told the Philippine Stock Exchange that it already used up Php2.7 billion of the Php9.5 billion it had set aside for its Phase 3 expansion program. That program includes the expansion of Maxims Hotel, as well as the development of two new hotels that will be managed by Sheraton and Hilton.