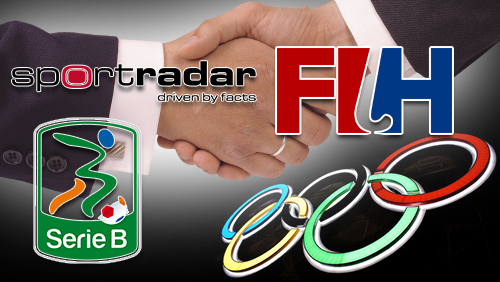 The International Hockey Federation (FIH) is taking steps toward ensuring betting integrity for all of its competitions after signing a Memorandum of Understanding (MoU) with the International Olympic Committee’s (IOC) Integrity Betting Intelligence System (IBIS).

As part of the deal, the FIH can use the intelligence sharing digital platform and access a network of monitoring and data-sharing information, which could help the federation address issues pertaining to illegal sports betting while creating framework for transparency and confidentiality for all parties involved.

“We are pleased to sign up to IBIS and to be working together with the IOC in the fight against corruption in sport,” FIH President Leandro Negre said in a statement.

“As the world governing body of hockey, it is our responsibility to ensure the integrity of the sport is upheld and protected from the threats that are match-fixing and corruption. We are confident that this partnership will help safeguard hockey and all other Olympic sports and see it as an excellent step forward.”

Meanwhile, Italy’s Serie B has struck a deal with sports integrity specialist Sportradar, paving the way for Italy’s second division to take full advantage of the latter’s famous sports security services. The agreement between the two sides will cover the rest of the current season, in addition to the next two seasons.

As part of the deal, Sportradar will be tasked to run workshops and supply e-learning packages for the league’s 22 clubs on both the senior and youth levels.

“Deceiving football supporters means deceiving the whole football world,” Serie B president Andrea Abodi said in a statement. “That is the reason why knowledge and training about match fixing is essential for Serie B‘s credibility, and is fundamental to ensuring our stadiums are full.”

“I would like to underline how important teamwork is to ensuring the effective defeat of match-fixing, and our key ally is Sportradar, which already collaborates with many other football associations worldwide,” Abodi added.