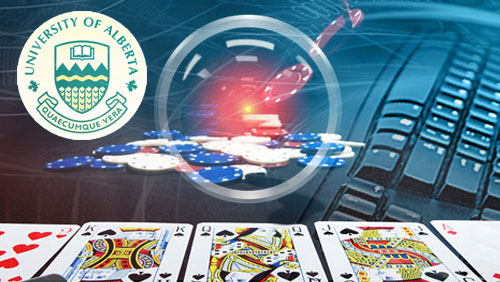 First there were the Texas Road Gamblers. Men who carried more weight in Smith & Wesson than coinage. Let’s choose a figurehead of that time: Doyle “Texas Dolly” Brunson.

Then there were the online grinders. Wizards of a virtual world who managed to play more poker hands in a day than Brunson played in decade. Let’s choose a figurehead of that time: Viktor ‘Isildur1’ Blom.
So what does the future hold?

According to the boffins at the University of Alberta Computer Poker Research Group, they have created a computer program that has played a billion billion hands. That’s more hands that human beings have managed in the history of civilization. Let’s choose a figurehead of the future: Cepheus.

Doyle ‘Texas Dolly’ Brunson, Viktor ‘Isildur1’ Blom or Cepheus – if they squared of in pairs, who would come out victorious after a series of Heads-Up Limit Texas Hold’em games?

“Cepheus loses to no one over a long enough time. You just have to play enough hands so that luck goes away,” Neil Burch, a computer scientist involved in the project told The Guardian.

Cepheus – named after a king of Greek mythology, and a constellation in the northern sky – managed the feat of playing a billion billion hands in just two months. It took four thousand computer processors, each handling six billion hands every second to create 11 terabytes of information for every hand a player could have held during the match-ups.

The team believe it plays a near perfect game.

Speaking on the 2+2 forum, researcher Michael Johnson told the community: “Our new program Cepheus is beatable for less than 1 milli-big-blind, or 0.05 BB/100. Even if you knew the perfect counter-strategy and could play it flawlessly, it’d take 60 million games to overcome the variance due to luck in order to actually have 95% confidence that you were winning. It’s essentially solved: not quite perfect, but closer than any human could distinguish within a lifetime of play.”

However, not everyone is convinced that Cepheus has solved the game. Freelance poker writer Chris Hall squared off against Cepheus, over a 400-hand sample, and had this to say to The Guardian.

“One of the bot’s limitations appears to be that it did not seem to adapt against my change of style, something that could be its undoing.”

Am I the only one wondering why there are people in the world hell bent on creating a computer program that can play flawless poker? It’s not a great advert for those trying to uphold the legitimacy and security of online poker now is it?

Pull the plug or re-wire it to make an unbeatable table massager.