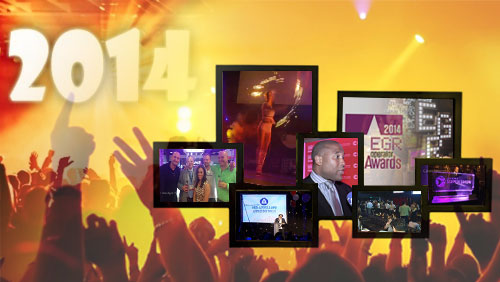 For those who have been around the iGaming industry for some time now, there’s no denying our parties have become, well, a little less exciting.  Despite the undeniable fact that our industry is growing up a bit, we still manage to squeeze out some fun between our conference nightlife, charity dinners and award ceremonies. Here are some of the best parties that took place over the course of 2014 and here’s to even more fun in 2015.

Sports Betting Community (SBC) Asia and Asia Gambling Brief (AGB) partnered to organize the Monsoon Meetup at 71 Gramercy for the iGaming industry based in Manila. What was so much fun about this event was the energy- the Wild West feel of the Philippines reminds us of the good old days in Costa Rica and bringing everyone together for a casual night out in Makati has proved to be a lot of fun and quite popular.

The London Baby! party is organized every year by Rasmus Sojmark of SBC News and took place at The Folly Bar in 2014.  London Baby! was the best networking event during the ICE conference, attracting both ICE attendees and other iGaming professionals who were in town or based in the London area.  Throughout the night there was a free bar thanks to Sojmark’s sponsors, but the real value of this event was the having the chance to catch up with old friends while making some new ones.

TheiGB Affiliate Awards take place each year during the London Affiliate Conference (LAC) in January and in 2014 the venue of choice was the Lancaster Hotel.  While the main purpose of this event is to recognize outstanding achievement in the online gambling affiliate industry, most attendees used it as an excuse to party.  Guests of the awards had a chance to indulge during the cocktail reception, wine with dinner, at the official awards after party and likely at an after party after the after party.

Everyone knows the SiGMA organizers are tied into the party scene in Malta and therefore it should come as no surprise the conference’s official closing party was a big one.  SiGMA delegates were invited to a venue on the roof of the Westin Hotel and enjoyed the company of some local Maltese ladies as an added bonus.  A number of VIP tables were hired out by SiGMA sponsors and while enjoying the music of a live DJ, drinks from those tables were flowing until the early hours of the morning.

The inaugural BiG Sports Dinner took place in 2014 at the iconic Dorchester Hotel in London.  Sports industry celebs such as John Barnes, Austin Healy and other professional rugby players joined the party that evening, all with the intention of raising money for charity.  Throughout the night guests were treated to a cocktail reception, a three course meal, live interviews on stage with sports celebs, an auction and one hell of an after party at Mahiki.

The eGR Operator Awards are one of the most anticipated events of the year, traditionally attracting some of the UK iGaming industry’s most senior executives and their staff.  This year the awards were held at the Roundhouse in Camden and featured a champagne cocktail reception, a three course meal, a performance by comedian Ed Byrne, a quick delivery of far too many awards, an open bar until 1am and an incredibly messy after party at the pub across the road.

There is no doubt about it, the best party of 2014 was Lyceum’s Fire & Ice Pantheon, a night at the Troxy full of entertainment imagined by Michael Caselli and expertly executed by Jodie Thind.  All of the parties mentioned above featured copious amounts of alcohol and networking, but no other party of the year featured an evening of on-stage entertainment like we experienced at Fire & Ice Pantheon.  The kind of work that goes into organizing something like this is immense and we can’t wait to see what’s in store for Fire & Ice 2015…