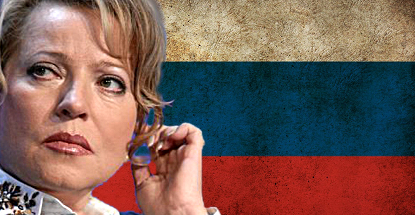 The speaker of Russia’s upper legislative body has accused unspecified foreign embassies of hosting illegal gambling on their premises. On Wednesday, Federation Council speaker Valentina Matviyenko (pictured) ordered a parliamentary foreign affairs committee to launch an investigation into the activity. It’s unclear whether Matviyenko was referring to land-based or online gambling.

The notion that a casino might be operating out of a diplomatic embassy isn’t entirely farfetched, particularly in jurisdictions in which casino gambling is forbidden. The past couple years has seen a number of embassies in Japan accused of hosting illegal activity, including the most recent case in which Ghana formally recalled its ambassador after he unwittingly rented out a portion of the embassy to a gambling ring.

In Russia’s case, the allegations may have a lot more to do with the regime’s desire to paint foreigners as the cause of the country’s economic malaise. Russia’s muckraking in the Ukraine led to the US and Europe imposing financial sanctions, which, combined with the recent dramatic drop in oil prices, have caused the ruble to plummet in value. The volatility recently prompted Apple to suspend online sales in the country until the currency shows signs of stabilizing.