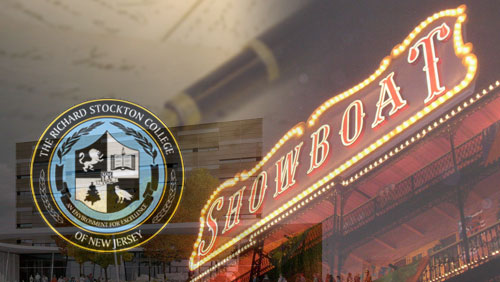 The Showboat Casino in Atlantic City will soon have a new owner after Richard Stockton College announced its plan to buy the 1.4-million square foot building from Caesars Entertainment. Terms of the deal were not disclosed.

Stockton College President Herman Saatkamp said that he couldn’t divulge the sale price until the deal is finalized, which is still subject to due diligence checks.

“Because we are merely at the letter-of-intent stage and bound by a confidentiality agreement, it is premature for me to give out any additional information,” Saatkamp said in a statement.

Stockton College’s interest in the Showboat property has been well-documented. When the casino closed in August 2014, the college was thought to be one of the prime candidates in taking the property off of Caesars’ hands.

The purchase agreement between Stockton College and Caesars is expected to be completed soon. Once its signed, sealed, and delivered, the educational institution will begin its plan to turn the building into a satellite campus.

Stockton College’s main campus is located in Galloway Township, less than 30 minutes away from Atlantic City.

“Our intent is to engage in a project that enhances Stockton’s educational growth, offerings and cost-containment while at the same time brings new educational opportunities to Atlantic City,” Saatkamp said.

Caesars CEO Gary Loveman also commented on the pending transaction, calling it an important part of transforming and revitalizing Atlantic City. “I believe the construction of a Stockton campus there will help to diversify the economy of the city, which is critical to its future well-being,” Loveman added.

The sale of the Showboat Casino would become the third property Caesars has sold in the past year, following sales of the Atlantic Club Casino and the smaller Claridge casino to Florida-based company TJM Properties. TJM has since reopened the Claridge as a stand-alone hotel but it has yet to make any concrete plans for the shuttered Atlantic Club, other than the possibility of reselling the property.