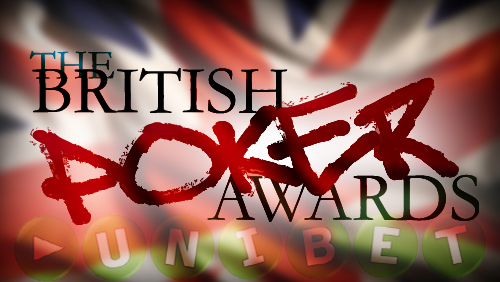 Online gambling operator Unibet is continuing their advertising splurge by agreeing a deal to become the headline sponsor for the upcoming 2014 British Poker Awards.

The up and coming online gambling operator Unibet is going to be a name that becomes more familiar to the UK poker playing community, after agreeing a deal that will see them become the headline sponsor for the 2014 British Poker Awards (BPA).

Unibet join the likes of Bluff Europe magazine, PokerNews, PokerStrategy, RankingHero and CalvinAyre.com, as sponsors of the event.

“We’re genuinely delighted to have the chance to sponsor the British Poker Awards – the UK is our fastest growing market and being a London-based company, it’s a great opportunity for Unibet to get more involved in UK poker,” said Martin Stalros, Unibet Head of Poker.

“The BPA is something we look out for at the start of each year and I think most British players would agree that it’s the most important annual awards we have for poker. It also happens to be the most entertaining, and we’ll be doing our best to make sure that can still be said for at least another year!” he added.

Unibet have a strong advertising arm with the Danish Superliga sides F.C. Kobenhavn and FC Midtjlland, and The Masters darts competition also carrying the Unibet livery.

We are still waiting on a date and location for the 2014 awards ceremony, so in the meantime get over to www.thebritishpokerawards.com and have your say.

There will also be awards for Player’s Player of the Year (as voted for by previous BPA winners), Best Tournament Director (decided by peer vote), and Lifetime Achievement Award (decided by panel vote).

The short lists for the 13 readers choice votes were decided by PokerNews’s Matthew Pitt, PokerStrategy’s Barry Carter, Ranking Hero’s Nicolas Levi, ‘The Voice of Poker’ Jesse May, Nic Szeremeta, and yours truly.

“Unibet is dedicated to British Poker and working hard to put the fun back into poker,” said Bluff Europe editor-in-chief Michael Caselli. “This makes them a perfect fit for a ceremony that is the highlight of any player’s social calendar.”

The stars of the 2014 BPA are Simon Deadman, Patrick Leonard, and Victoria Coren Mitchell, who are each nominated for three awards.