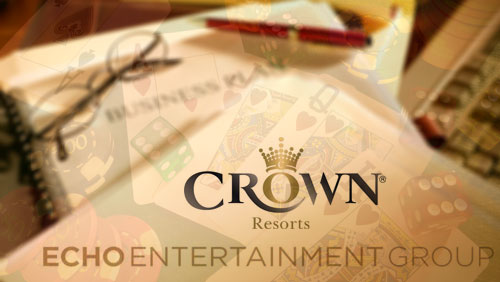 Crown Resorts and Echo Entertainment Group have put the gloves back on as both resume their long-standing rivalry with new casino bids for the right to build and develop an integrated resort in Brisbane.

The two operators submitted their applications but refused to discuss details of their proposals, an order from the state government. Crown CEO James Packer did issue a statement shortly after Crown submitted its application, expressing his company’s full commitment in “building something truly spectacular for the people of Brisbane, Queensland and the world”.

“When I walked around Queen’s Wharf last year, I could see the incredible tourism opportunity the site offered,” Packer said. “We look forward to further participating in the Queensland government’s process.”

Both Crown and Echo have created joint ventures to build the project as both vie for the resort and casino project that will be developed at the Queen’s Wharf development site. Crown has Chinese property developer Greenland Holdings on its side while Echo has formed a consortium with a pair of Hong Kong-based companies, Chow Tai Fook and Far East Consortium, dubbed the Destination Brisbane Consortium.

The fight for the Brisbane casino licenses is expected from two companies that have a well-chronicled history and legitimate animosity towards one another. Last year, Crown successfully broke Echo’s monopoly on the Sydney casino market after securing approval to build a $1.5 billion resort and casino at Barangaroo, which is expected to be completed by 2019. That decision came after former Echo CEO John Redmond accused Crown of spreading propaganda against Echo Entertainment in an attempt to undermine the latter’s plan to extend its Sydney monopoly.

Brisbane becomes the new battleground for the two rivals. Expect both sides to come out swinging to promote their applications in the coming months, or at least until the Queensland government makes its decision on who wins the casino application in the early part of 2015.