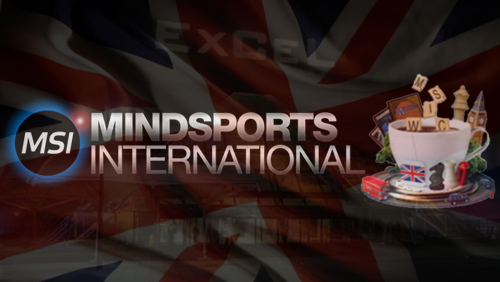 Mindsports International have announced their first World Championships, due to take place in London ExCel Nov 19-23, 2014, featuring the likes of Chess, Scrabble, Magic: The Gathering and eSports such as Hearthstone and Starcraft II.

The event’s organizers, spearheaded by their CEO Dave Brannan, are hoping to attract between 2,000 and 3,000 players, from all over the world, and the events will be televised on Sky television.

“Though we understand the Internet is a part of our lives, we want to bring people together in real environments where they can engage in cognitive skill games that improve thinking, social skills and offer the chance to travel and meet like-minded people around the world,” Brannan stated in a press release.

The past 18 months have been hectic to say the least for Brannan, who has been spending his time jetting in between Europe and the West Coast of the USA, where they have been hosting as many Mindsports events as they can muster, in preparation for their first World Championships.

The organization also has plans to roll out a world calendar and ranking system, as well as a new online social platform.

One of Brannan’s dreams is to have Mindsports included in school curriculum all over the world. It’s not all fun and games – it’s also, fun, games and education. What better way to make learning more fun for kids than by introducing the gaming element?

Brannan and his team believe the games of Chess, Scrabble, Magic: The Gathering, and eSports such as Hearthstone and Starcraft II, help children improve their mathematical knowledge, spelling, cognitive skills, social skills, and also the age old lessons in learning to lose.

The Mindsports Academy is rolling out a pilot program in the UK, and hope to be offering something similar in the US by the end of the year. They have also donated over $15,000 worth of equipment to schools, in the hope that they will create after school clubs that eventually provide the numbers for the World Championships.

If you are interested in learning more about the Mindsports Academy then head over to www.mindsportsacademy.com, and further information regarding the inaugural Mindsports World Championships can be found at www.mindsportsevents.com.