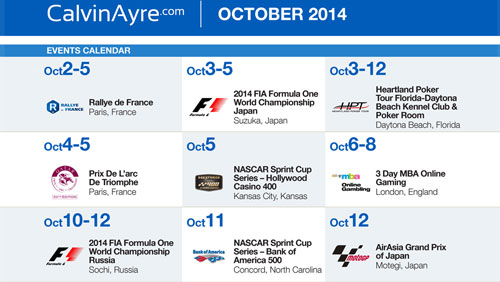 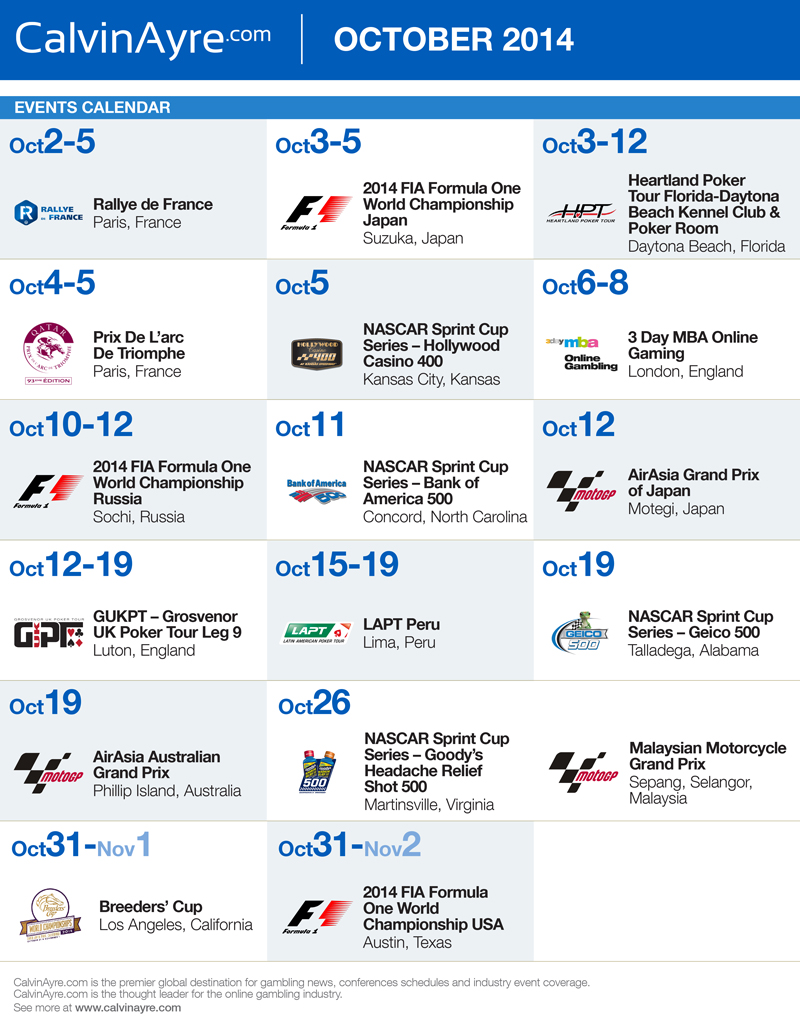 As mentioned in September’s featured events post, the largest gambling industry conference and expo of the year is G2E, now in its fourteenth year and counting.  Big name speakers such as Sheldon Adelson and Steve Wynn are on this year’s roster and the expo floor promises to be the biggest its been in five years.

“We’re excited to debut a number of new features at this year’s G2E—all as a result of customer feedback— including a completely revamped seminar program featuring more general sessions, the industry’s biggest names as speakers, and more cost effective pricing options.

Our show floor is expanding with the industry’s core gaming suppliers showcasing their latest products and solutions, as well as the introduction of more non-gaming content now located in the Venetian ballroom and anchored by our new Hotel Show at G2E produced with our friends at the Nevada Hotel & Lodging Association” 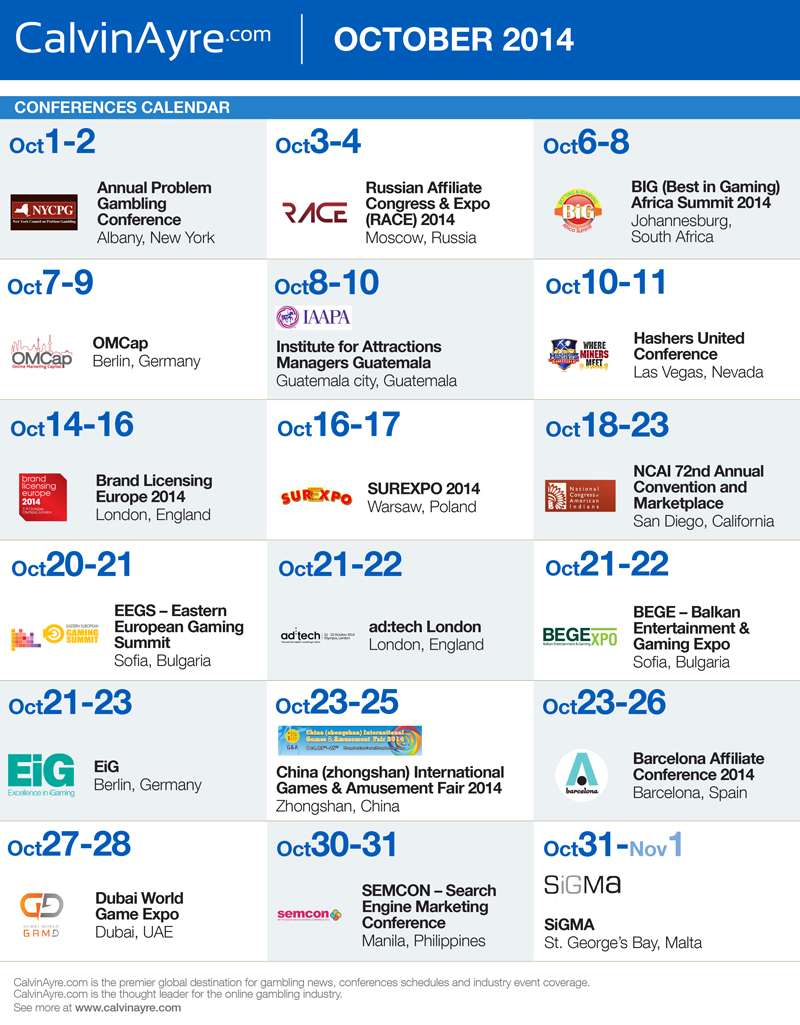 Calling all cryptocurrency miners, this is the first global event addressing the issues that miners face, where the industry is going and how to be more profitable.  The conference promises to introduce like-minded individuals while offering

With their new “outside-in” program, EiG has attracted over 38% more registrations than last year at this time.  EiG has morphed from a Euro-centric event to an “Excellence in Gaming” event, featuring delegates, speakers and exhibitors from around the globe.  Most exciting this year is the new host city and venue, a welcomed change according to loyal EiG delegates.

The BAC is back and sporting a new venue in Barcelona, the International Convention Centre (CCIB).  iGaming Business is forecasting a crowd of over 2,200 delegates, 100 affiliate programs and 70% affiliates plus two days full of relevant sessions and some damn good parties.

The Summit of iGaming Malta, SiGMA

Not to be confused with “MiGS”, the inaugural SiGMA 2014 has been designed to bring together the interactive gambling community in Malta, everything from operators to affiliates, regulators and service providers.   The event features an exhibition hall, a two-tracked conference agenda, poker tournament, official party and “last minute” drinks.