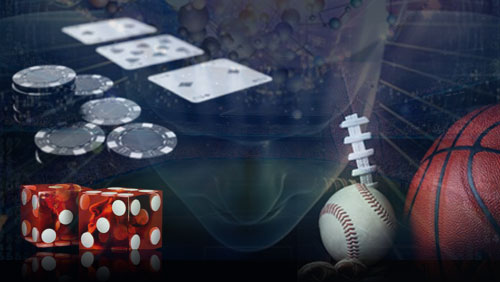 Right now is the start of a sweet spot for a lot of sports fans: baseball’s long regular season is coming to a close and the World Series chase is about to begin, football is just beginning to get into full swing, and basketball and hockey are just starting their preseasons. In most places in the United States (and many other countries), you can’t bet on any of those games. But if you’re paying attention to even a fraction of those sports, you’ve probably noticed ads for websites offering daily fantasy sports (DFS) contests online for real money – ads in the same slots that were once upon a time filled with commercials enticing you to play poker online.

Daily fantasy sports has an advantage right now over online poker, which once went completely unaddressed by federal law, and sports betting, which has been outlawed for years. That advantage is mostly contained in the fact that it didn’t even exist as an industry until the UIGEA carved out a legal niche in which it could operate. The very same flick of the president’s pen that put online poker in the U.S. government’s crosshairs spawned an industry based on creating one-day commodity markets out of daily sporting events, almost as an afterthought to going after online poker sites, sports books, and casinos.

The ascendancy of DFS over poker and sports betting had nothing to do with how much skill is involved. The fact is that both have just as much skill, if not more, involved in winning than DFS does, but politics and a poorly-written law combined with existing prejudices to create an opportunity for upstarts. All three involve exploiting advantages in knowledge against a larger pool of players in order to win – and managing a bankroll while fighting against the inevitable variance involved with long-run betting.

Smart sports bettors make their money by consistently finding differences between how the public thinks a game will end up and how it actually will. Spotting a well-priced underdog involves more research and knowledge of the players’ tendencies, and so is worth more than siding with a favorite. Other than relying on luck, putting in the time with research to figure out where the public is pricing a team’s chances wrong is the only way to win money betting on sports.

Daily fantasy sports is much the same when it comes to research. Avoiding players who are overpriced for the value they provide means extra salary cap space available to sign players out of the spotlight who can nonetheless offer more production. And staying on top of player news – particularly in sports like hockey or basketball where the lineups can change quickly and right before a game due to injuries – can give a winning DFS player an easy leg up on the competition. Without a lot of reading and number-crunching, DFS success simply doesn’t happen.

Online poker requires the same sort of skill set as both regular sports betting and DFS. Every hand is a market, and knowing how to exploit an opponent’s tendency to value his hands improperly – whether overplaying a medium-strength holding, or undervaluing weaker holdings by folding them too often against aggressive betting – is the key to coming out ahead. Winning small amounts over the long haul is the key to success in cash poker.

So if sports betting, daily fantasy sports, and poker are all forms of gambling that give an edge to players with greater knowledge and skill, why is only one legal – and being advertised on major television networks – in most of the U.S. this sports season? The main problem is that both sports betting and poker go back to the 19th century. In many ways they both still carry the stigma attached to gambling in more moralistic times. DFS, however, is a hyper-modern twist on fantasy sports, which are themselves only a few decades old. With the same implied authority that advertising on TV conferred on online poker in its heyday, and no negative stigma attached from past battles against moral crusaders, DFS gets to be an all-American entertainment instead of another dirty form of gambling.

Online poker, sports betting, and daily fantasy sports should all be legal. Instead of people only having one option for turning their skill into cash in real-money contests, they should have as many as the market will bear. But we live in an arbitrary system that has deemed one of these acceptable, almost by accident, and it’s the one that’s drawing venture capital investment and driving industry consolidation. If the past is anything to judge by, DFS players had better hope that they can continue to fly under the moralists’ radar. Otherwise they could find themselves on the other side of the next UIGEA, arguing that their favorite game should be legal because it’s all about skill.