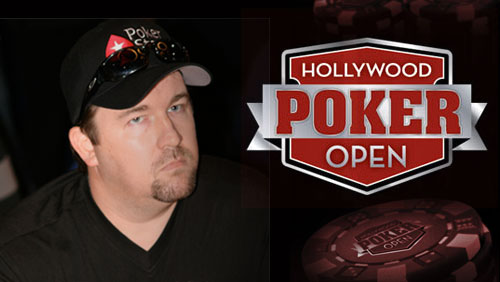 The Hollywood Poker Open has released its Season 3 schedule and also announced the signing of Chris Moneymaker as tour ambassador.

The Penn National Gaming owned Hollywood Casino brand has announced plans to host a third season of the Hollywood Poker Open (HPO), and they have also signed the former World Series of Poker (WSOP) Main Event champion, Chris Moneymaker, as the tour’s ambassador.

Moneymaker is a former HPO regional winner after defeating 67 entrants to capture the first prize of $36,259, in the $1,800 No-Limit Hold’em (NLHE) Main Event held in the Hollywood Casino in St. Louis back in March.

That was a Season 2 victory and the man responsible for the 2003 poker boom, will be playing in all eight of the Season 3 stops where he will act as brand ambassador.

“I had such a blast playing this series. These events draw such an interesting mix of players and the structures allow you to actually play poker. Every event this past season seemed to grow and I thought it was really cool that you started to see some of the same people showing up at different stops. This tells me the word is getting out that these structures are really player-friendly and the vig is lower than their competitors. It was an easy decision when they asked me to come back and represent them for Season 3,”  Moneymaker told the site.

The third season of the HPO returns in November with a $1,115 NLHE Main Event due to take place at the Hollywood Casino in Lawrenceburg, Indiana. The venue contains a 19-table poker room and they will be offering special room rates for HPO players.

The season then takes a Christmas break before February sees the arrival of the only new stop on the Season 3 tour due to take place Feb 5-16 at the Hollywood Casino, Toledo, Ohio. The event boasts a 20-table poker room with a wide range of games available to the players.

Each regional stop will act as a conduit to the $2,500 NLHE Hollywood Poker Open Championship Main Event, due to be held at the M Resort Casino & Spa in Las Vegas. For the second year running, the main event will have a $500,000 guarantee. Last year, that number was smashed as the Brit Simon Deadman overcame 692 entrants to capture a career highest score of $351,097.

Deadman beat Michael Wang in heads up action with Hui Chen-Kuo ‘Kitty’ coming third for her career highest score. Mike Sowers (9th), Chris De Maci (10th), Brian Hastings (11th) and Andrew Lichtenberger (32nd) also went deep in an event that attracted some of the best players from across the Rio where the WSOP was in full swing.

The regional stops added at least a third towards the Championship field, and they will be hoping for much the same this year.

“We plan to not only give away hundreds of seats to the Championship again but we will also implement similar seat winner promotions to the Regional tournament series as well,” said HPO Tournament Director Bill Bruce. “These HPO tournament fields are such a great mix of traveling poker professionals and local promotion winners which makes the tournaments really attractive to all levels of poker players.”