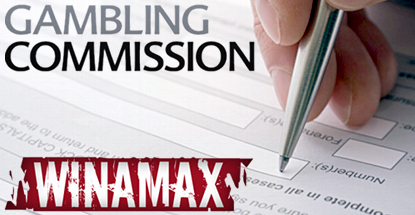 The UK is preparing to implement its new Gambling (Licensing and Advertising) Act 2014, which will require all operators doing business with UK punters to hold a UKGC-issued license as of Oct. 1. The new regime spells the end of the white list, which allowed operators licensed in Alderney, Antigua, the Isle of Man as well as the British Overseas Territory of Gibraltar to conduct business with UK punters.

In order to ensure no interruption in service, the UKGC offered ‘continuation’ licenses to white list operators while their UKGC license application was being processed. The deadline for filing applications was midnight on Sept. 16.

Not all of the operators who got their continuance license bids in under the wire are determined to stick with the UK market, especially given the new 15% point of consumption tax (POCT) that’s due to kick in Dec. 1. Many of these applicants are believed to be simply keeping their options open while they crunch the numbers to see if operating under the UK’s new rules makes fiscal sense.

That decision has already been reached by French betting operator Winamax, which announced earlier this week it would be exiting the UK market by the end of September. Winamax, the leading poker operator in France’s regulated online gambling market, declined to cite a specific reason behind its decision to bid England adieu, but speculation has it that the company saw no profit in paying the POCT on top of France’s notoriously high online gambling tax.

Winamax joins a growing list of operators who have chosen to ditch the UK ahead of the new licensing regime. This week saw Swedish operator Cherry AB fold its UK cards, joining sports betting giants SBOBET and Pinnacle Sports in pulling the plug, while operators Mansion and 12Bet have announced pullouts of select verticals in order to focus on casino-only operations.

The UK High Court has set aside Sept. 23-24 to consider the Gibraltar Betting and Gaming Association’s legal challenge of the UK’s new gambling laws. The GBGA has accused the UK of using the issue of consumer protection as a smokescreen to mask its desire to bolster tax revenue, something the GBGA contends is a violation of European Union trade rules.