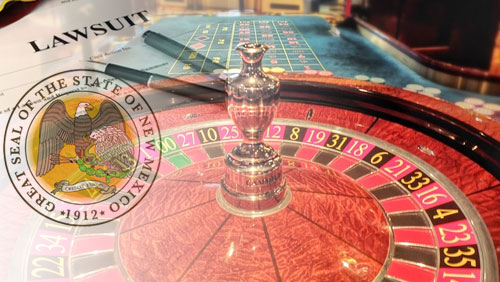 New Mexico Governor Susana Martinez’s administration sued the federal government to prevent the Interior Department from approving a new gambling compact for the Pojoaque Pueblo tribe and imposing it on the state.

Martinez’s office filed the lawsuit in Thursday at Federal District Court in Albuquerque. According to the governor, the Interior Department doesn’t have the power to impose and implement a compact for the Pojoaque tribe who failed to renegotiate a new gambling deal with the state.

Governor’s Deputy Chief of Staff and Attorney Jessica Hernandez pointed out that the Pojoaque’s gambling deal with the Department of Interior is against the best interests of New Mexicans and neighboring pueblos. It violates the Indian Gaming Regulatory Act and gives the Pojoaque a competitive advantage over the casinos of other New Mexico tribes.

The state also contends that the compact contains an unconstitutional exercise of legislative authority in violation of the doctrine of separation of powers.

Martinez objects to the Pojoaque’s proposed compact, which would stop tribal revenue sharing payments in the state, allow alcohol to be served in gambling areas as well as lower the tribe’s legal gambling age from 21 to 18.

Pojoaque Governor George Rivera insists that the new compact isn’t meant to give the tribe any competitive advantage over the competition. The tribe isn’t planning on dropping the gambling age even if the new compact allows them. He also disagrees with the notion that the state wants the tribe to pay a greater share of revenue under the new compact.

Tribes pay the state a share of slot-machine proceeds after a deduction for how much gamblers win and regulatory fees. New Mexico received about $69 million last year from all tribes.

Pojoaque is one of 14 Native American tribes with casinos in New Mexico but its compact with the state expires in mid-2015.

After failing to negotiate a new agreement with the Martinez administration, the tribe is seeking a compact through procedures the Interior Department established through regulations by prompting New Mexico to invoke sovereign immunity and paving the way for the tribe to negotiate with the Interior Department on a new compact for its tribal lands.