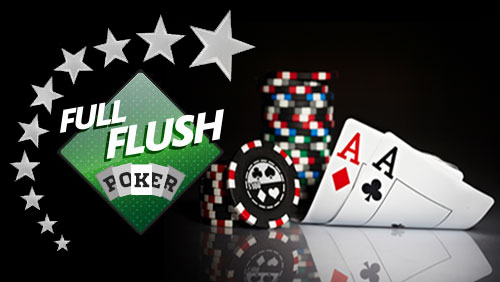 FFP is on the hunt for the ace amongst their players across the remaining five months of the year, with a 2014 Overall Leaderboard and some cool end-of-year prizes to be won. Competition – it’s what makes the poker world turn on its axis every day. It’s all designed to uncover who of FFP’s regulars consistently outperforms the competition. Doing so multiple times over the long haul could mean ending the year $10,000 richer and crowned with the title of Full Flush 2014 Rising Star. A Monthly Leaderboard is also spreading the love – and the rewards – around, presenting prizes for the top five finishers at each month’s end.

Earn “Star Points” and climb to the top of the Monthly and end-of-year Leaderboards by finishing in the top money places in FFP’s core weekly GTD tourneys, or by accumulating Monthly POP (Player Option Points) on the cash table games. Certain ‘Bounties’ will also award Star Points. So, go ahead, sharpen both barrels, and take your best shot at knocking out:

“We love a good contest at the poker tables. We’re dedicated to building new avenues for competition at FFP, and to create more recognition for players at every level, in both tournaments and cash games,” said a Full Flush Poker Spokesperson.

So players, find out how you stack up. Hit the tables hard, and see your name atop the Rising Star 2014 Leaderboard, which you’ll be able to check online to see where you rank on a regular basis. Earn some serious bragging rights, plus bag some sweet cash prizes, free tournament entries to a yet-to-be-announced mega Guarantee, and some sick swag along the way. It’s all up for grabs at FFP – from August 1st through December 31st, 2014. The overall ‘Rising Star’ winner will be announced on New Year’s Day, 2015.

Full Flush Poker (FFP) is the flagship brand of the Equity Poker Network, founded by a team of online poker industry veterans and entrepreneurs with a vision to build an online poker network that provides a secure environment for it’s operating partners and players. It operates on the Equity Poker Network, which utilizes Software that is licensed from Playsafe Holding AS, a publicly traded Norwegian Poker software provider (tried and tested over many years).  Full Flush Poker is fully licensed in Curacao and provides the highest standard of fairness, security and privacy.