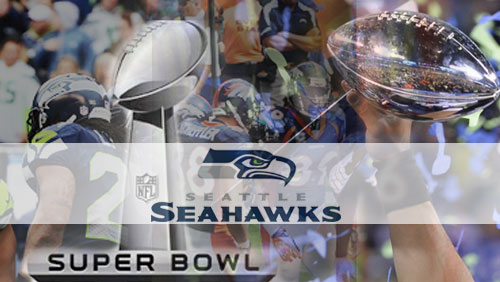 The Seattle Seahawks enter the NFL season as the title favorites at 13/2 odds. If they win, they are poised to become the first team to win the Super Bowl in back-to-back years since the New England Patriots did it in 2003 and 2004. No pressure, right?

Make no mistake; the Seahawks are as primed and ready to get the job done as any other defending Super Bowl champion in recent memory. The roster remains largely intact. Russell Wilson enters his third year and he will likely get even better. The Legion of Boom is still there, loud and brash as ever. Try drawing similarities between 2003/2004 Patriots and current Seahawks team; you would be surprised just how identical their makeups are. The Pats had a young Tom Brady, a brilliant coach in Bill Belichick and a hard-hitting defense. It does sound like the current Seahawks, right?

All the elements are certainly there for a repeat run to the title. However, saying all these things is the easy part. Actually doing them, well, that is the not-so-easy part.

For all the things that point to Seattle achieving that elusive dynastic double, football is a lot more complicated than that. Winning at this level takes talent but it also takes luck and a clean medical bill. The Seahawks have already begun dealing with roster adversities since tailback Marshawn Lynch decided to hold out for more money. I’m confident Beast Mode will be in uniform when the regular season starts, but questions on where he’s head’s at now isn’t going to do favors to Seattle’s repeat bid.

Some people can argue that Seattle’s depth will be enough to withstand these kinds of distractions. That would have been true if the Seahawks played in a mediocre division like the NFC East. Unfortunately, they are in the toughest division in the entire league that includes the San Francisco 49ers, the only team that can match the Seattle strength-for-strength. The Niners are going to be a tough out this year but they’re not the only ones. The Arizona Cardinals are on the rise, so are the St. Louis Rams. Guess what, they’re all in the NFC West with the Seahawks. It does not help the champions’ cause that the entire NFC is the most loaded it’s ever been in years.

Of the 10 teams with the shortest odds to win next year’s Super Bowl, seven are from the NFC, including the Seahawks. That is about a clear an indication, as any that the road to Glendale next January will be require the supreme of testicular fortitude just to get there.

Look at the landscape of the NFC and you are going to see at least five or six teams that have legitimate shots to dethrone the Seattle as the NFC rep in Super Bowl 49. The 49ers are at 7/1 odds to win the title this year. That is a razor-thin difference to the Seahawks’ odds. Then you have the Green Bay Packers and the New Orleans Saints at 11/1 and 14/1, respectively. Aaron Rodgers and Drew Brees are still two of the best QBs in the league and so long as those two are healthy, the Packers and the Saints will be in the mix, too. Just a step below are the Chicago Bears, the Philadelphia Eagles, and the Carolina Panthers. All three teams are stacked to compete this year.

If the Seahawks want to put themselves in the best possible position and claim home field advantage, they literally have to beat many of these same teams to do it. A Week 1 date with Green Bay is about as delicious an opener as you can possibly have. You can even call the game Fail Mary II if you are so inclined. From there, Seattle’s schedule does not get any easier. After the Packers, they have the San Diego Chargers on the road and then a rematch of Super Bowl XLVIII against Peyton Manning’s Denver Broncos. Other difficult match ups loom for Seattle as the season progresses. There is a date with the Washington Redskins on Week 5, followed by a trip to Carolina on Week 8 and another road game against the Kansas City Chiefs on Week 11. Hell, I have not even mentioned about the six games with the Niners, Cardinals, and Rams.

Their brutal schedule would not be easy for anybody, even for the defending champions.

What do I make of Seattle’s chances this year? The short answer would be that I don’t believe they’re going to repeat as champions.

My slightly longer answer would point to a number of factors like schedule, competition, health, and motivation as the biggest reasons that can torpedo the Seahawks this year. The NFL is a continuously evolving league and where you were in the food chain; a season ago does not mean you will be there again this year.

The Seahawks are still good enough to make a run at a repeat, but the league has had enough time to find a way to penetrate that aura of intimidation. I am more inclined to believe Seattle will have its hands full this year now that every team in the league is gunning for them. At some point, somebody will crack that 12th Man Code and when they do, the league will finally have the blueprint on stopping Russell Wilson and company.