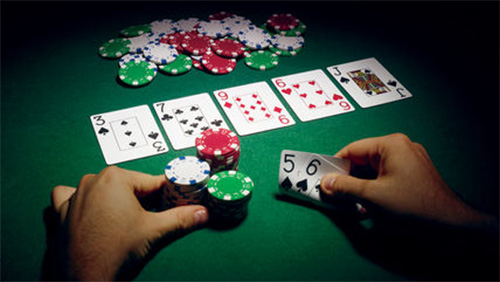 With the global online poker market currently experiencing a decline in numbers and some areas of the live tournament circuit also faltering, Lee Davy wonders if poker is really as healthy on the inside as it looks on the outside.

Are we a part of a growing market or a deteriorated one?

It’s a tough question to answer because statistical evidence for both live and online formats of the game has never been 100 percent accurate. The great work of the likes of the Global Poker Index (GPI) means it’s improving all of the time but licking our thumbs and sticking them in the air still happens from time to time.

In a recent article on Cardschat.com, Philip Conneller, gathered evidence that suggested the global online poker market had fallen by some 13 percent from this time last year. Granted, Conneller got his figures from PokerScout.com, so they are not 100 percent reliable but they pass the wet-thumb test.

You would expect online poker to suffer in the summer because the nice weather means more people are likely to head outdoors and there was a little event known as the World Cup that was thrusting three games of football into our view. But the decline continued even after the Germans walked away with the trophy.

In fact, PokerScout figures showed that there was a 2 percent fall in numbers, following the World Cup Final and on Saturday July 20, the site recorded the lowest global number of online poker players since Santa did his rounds on Christmas Eve 2008.

You can’t help but feel that the money is starting to run dry.

In Britain alone James Akenhead, David Nicholson, Rupert Elder and Sam Holden are just a few former pros who have decided that a new direction is needed and that trend will be felt throughout Europe, as backers get fewer and far between, and less fish swim in the once over populated seas.

This is why the return to online poker by the Americans is so needed right now. The industry is a little like Mia Wallace and the land of the red, white and blue is Vincent Vega holding a great big needle in his hand.

“Give her the shot!”

Live poker numbers can also be a little deceiving.

The news reports coming out of the World Series of Poker (WSOP) were bubbling with optimism. The fields were bigger than ever. Poker was not just alive but it was kicking. It was a different story at the tables; however, with many dealers talking about how quiet the series was and how many of them had been sent home without work. The freaks of nature that were the Millionaire Maker and Monster Stack events skewing the numbers.

The World Poker Tour (WPT) saw expanding numbers in the US but saw numbers declined in Europe. Coincidentally, the EPT managed to thrive in this same space.

The biggest improvement in numbers was seen in events like the UKIPT and the newly rolled out WPT500. I don’t think people are necessarily bored with poker; they are just skint. Our golden generation has gotten a little older. They have children, mortgages and wives. They no longer have the freedom to blow through a woefully inadequate bankroll and just put it all on make up. People don’t want make up anymore.

They want to be au naturel.

So is it a declining or maturing market?

Thumb in the air time…

I think it’s a market that is deteriorating but will return to its once mighty self once the Americans get online and the whole world of online poker can once again hold hands.

In the meantime, we can only cross our fingers and pray that the online poker organizations have savvy enough marketing teams to attract the fish back into the waters. We have our rods out. There is bread on the end of the hook. There just isn’t anybody taking a bite.