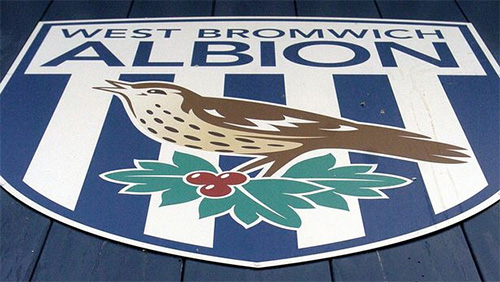 Ok…so the World Cup is over, and life is pretty drab as a result, but don’t fret my little pet, the Premier League is on its way.

West Bromwich Albion have become the latest Premier league side to get some sponsorship deals out of the way so the team can focus on kicking that football around the pitch.

Bet365 have signed a two-year deal that will see their branding thrust upon every corner of the Hawthorns until at least the end of the 2015/16 season.

The hand shake came just days after news outlets revealed that the UK bookie had reported an 81% rise in its full year profit, making the Potteries outfit the largest online betting company in the world.

“Gaining one of the best operators in the field is a coup for the club and is a further indication of the benefits of again retaining our position in the Premier League,” said WBA’s head of corporate sales Iain Wain.

With the British business taken care of it was the turn of 666Bet to sign their first sponsorship deal with a Premier League football club, after becoming WBA’s Asian gaming partner.

“The signing of 666Bet is a particularly pleasing one as they have chosen us as their first Premier League partner,” said Wain. “We are looking forward to a long relationship with this exciting brand.”

666Bet CEO Barry Martin added: “We’re delighted to sign our first betting partnership with West Bromwich Albion, a team with great history and that is firmly established in the Premier League.

“666Bet is a young, dynamic business with fresh ideas and big plans to shake up the betting market and we look forward to a long and fruitful partnership with the Baggies.”

One last piece of business that has taken place is the renewal of WBA’s contract with Jack Wolfskin. The German brand remains the clubs official outdoor wear partner, despite threatening to sever all ties during the Nicolas Anelka ‘quenelle’ celebration gesture that saw Zoopla break off all relations with the club back at the turn of the year.

Bet365 currently have WBA as the sixth favorite to be relegated at the end of the season with odds of 13/5.