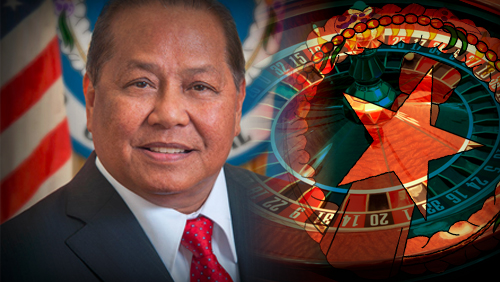 Earlier this week, the Commonwealth of the Northern Mariana Islands’ House of Representatives passed a bill to fix the ambiguities of Saipan casino law and empower the Lottery Commission to grant an exclusive casino license in Saipan.

A crowd of mostly retirees and former defined benefit members erupted in cheers and applause when the bill passed the senate with a vote of seven “yes” with one abstention and one voting “present.”

Retirees believe that the bill’s enactment will pave the way for the award of an exclusive Saipan casino license and the release of $30 million for payments of retirees’ 25 percent pension and former defined benefit plan members’ accrued contribution interest.

As soon as the law is put into place, this should serve as progress to move forward with the casino bidding process.

Representatives of the two casino applicants—Marianas Stars Entertainment Inc. and Best Sunshine International Ltd.—were also at the House session. The two are vying for a license to exclusively develop a minimum $2 billion integrated casino resort on Saipan with at least 2,000 guest rooms.