Home / Casino / Pennsylvania slots decline for second year; Boston mayor told to get on with it 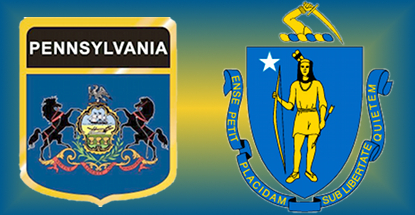 Slot machine revenue at Pennsylvania casinos fell 4.5% in the state’s most recent fiscal year, the second consecutive year that figure has declined. The state’s dozen casinos earned $2.32b in the 12 months ending June 30, down from $2.43b the previous fiscal year and down even further from the $2.47b earned in fiscal 2011-12. Slot revenue for June 2014 was down 6% from the same month last year.

The Pennsylvania Gaming Control Board won’t reveal its casino table game revenue figures for another couple weeks, offering some hope that visiting Asian baccarat whales will pull the state’s ass out of the fire. Either way, the downward trend supports the recent decision by Penn National Gaming to withdraw its application for a Philadelphia casino license based on Penn’s belief that the local casino market is already saturated.

MASSACHUSETTS MAYHEM
Not far away in Massachusetts, state gaming regulators have rejected a bid by Boston mayor Martin Walsh to delay issuing a casino license. Walsh had sought the delay after the Supreme Judicial Court ruled that voters would get a chance to repeal the state’s casino legislation via a ballot referendum this November. Under that 2011 legislation, Boston is slated to issue a single casino license, with either Wynn Resorts or Mohegan Sun as the presumptive recipient.

Both parties were to present their respective proposals at a public hearing in Charlestown on Wednesday but Walsh claimed that vetting the proposals could be a waste of taxpayer dollars should those same taxpayers choose to scuttle the casino legislation in November. In unanimously rejecting Walsh’s plea, the Massachusetts Gaming Commission (MGC) said voters had a right to know where the Boston-area casino would be built before they went to the ballot box and thus “moving forward with our licensing process is the prudent way to proceed.”

Further complicating matters, the MGC voted last week to extend the application deadline for the sole casino license set to be issued in southeastern Massachusetts. Taking into account the new reality, the Sept. 30 deadline has been pushed back to Dec. 1, by which time the voters will have expressed their will. Applicants who’d handed in their paperwork on time protested this decision, saying new applicants shouldn’t be considered at this late date.

Casino developers haven’t yet figured out how best to approach the furious public lobbying expected to precede November’s vote. MGM Resorts has been awarded a provisional casino license for western Massachusetts while Penn National has already broken ground on its slots-only venue in the southern part of the state. MGM Springfield president Michael Mathis told the Boston Globe the casino firms recognized there was “a real sense that we all need to work together to educate the Commonwealth” of the benefits of gaming to local economies. Mathis declined specifics, but said the companies would likely collaborate “in different ways and various forms.”