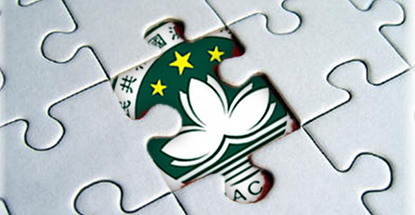 Macau’s rare casino revenue decline in June was widely blamed on gamblers’ attentions being diverted to the 2014 FIFA World Cup, but it seems some gamblers were more distracted than others. Union Gaming Research Macau says the VIP gambling segment in Macau fell nearly 20% in June — far higher than the overall market’s 3.7% decline – while the mass market gambling segment held steady at its usual +30% year-on-year growth rate.

Since the World Cup doesn’t end until mid-July, this month’s report will likely report similarly underwhelming numbers. But Union Gaming believes the VIP slowdown was “largely political (e.g. anti-corruption) in nature, rather than economic or even event-driven” and suggested a “flat-to-down-slightly VIP story over the coming months.” Deutsche Bank’s Karen Tang took a slightly more optimistic tone, suggesting “the worst is almost over” and predicted the VIP market would resume its upward trajectory in the third quarter.

June might have been a bummer for Macau’s overall market, but SJM Holdings is celebrating having regained its status as the gambling hub’s top operator. SJM’s share of Macau’s casino gaming revenue rose two points to 24.9% in June, enough to leapfrog Sands China, which saw its share fall to 22% from 23.2% in May. Galaxy Entertainment Group notched 21.1%, followed by Melco Crown Entertainment (12.2%), MGM China (10.3%) and Wynn Macau (9.5%).

Despite its temporary revenue setback, this month saw Macau overtake Switzerland as the planet’s fourth-richest territory. The stats, compiled by the World Bank based on gross domestic product per capita, ranked Macau at £53,227 per resident in 2013, up 18% over the previous year. That surge allowed it to shunt aside the Swiss, whose £49,946 was up a mere 2% year-on-year. Macau’s population of 566,400 helps skew the numbers in its favor, as evidenced by the three small nations ahead of Macau on the rankings: Luxembourg, Norway and Qatar.