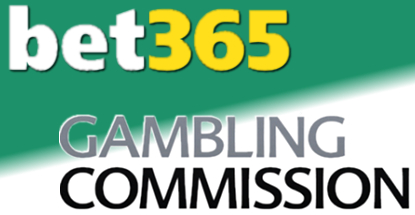 Stoke-on-Trent online gambling operator Bet365 has been ranked #54 on the 13th annual Sunday Times Top Track 100 league table, up from #74 on the previous year’s list. The list ranks UK companies with the fastest-growing sales over the past three years, and with the privately-held Bet365 reporting revenue up 35% to £975m in 2013, they well qualify. Earlier this year, the Coates family made the Sunday Times’ latest Rich List, making Bet365 boss Denise Coates, brother John and father/founder Peter the UK’s first online gambling billionaires with a combined wealth of £1.2b.

The Top Track isn’t the only list Bet365 has made, having recently been put on the UK Gambling Commission’s shitlist for “shortcomings in anti-money laundering [AML] and social responsibility controls.” Last week, the Commish publicly rebuked Bet365 following an investigation by West Yorkshire Police into the betting habits of a gambler who’d deposited £5.9m into his Bet365 account between late 2010 and May 2013, when said punter was finally arrested for stealing £18m of equipment from his employer.

The sale of this purloined gear netted the thief around £5.6m, most of which he used for wagering purposes “largely but not exclusively with Bet365.” The gambler lost £4.8m of the sum he deposited with Bet365, making over 40k individual betting transactions in the process. The thief/whale is currently doing time for his crimes.

The Commish determined that Bet365’s AML polices and procedures “were not sufficiently developed,” in part because they placed “an over-reliance on AML processes in the banking system.” The Commish said the company took too much comfort in the knowledge that the deposits were all coming via the gambler’s personal bank account.

While Bet365 had filed two suspicious activity reports (SARs) regarding the individual’s wagering, the Commish chided the firm for assuming it was entitled to continue trading with the gambler in the absence of any specific directions to the contrary from the Serious Organized Crime Agency.

In Bet365’s defense, the Commish said senior management had treated the investigation “with utmost seriousness” and the firm had taken “significant steps” to address its shortcomings. The Commish also noted that the gambler’s activities predated the regulator’s autumn 2013 warnings to the industry to beef up AML protocols. Finally, the Commish lauded Bet365 for taking “a substantial seven-figure sum out of its business and use it to help fund research … into the detection and prevention of problem gambling and gambling-related harm.”