Home / Poker / Warning: How the Growth of the GPI is Bad News for the Personalities of Poker 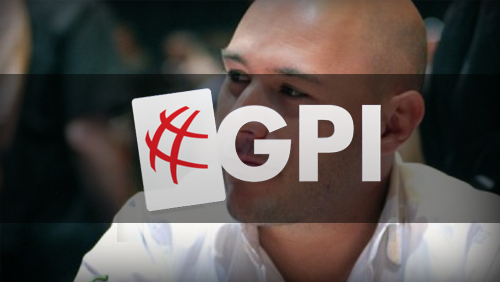 Have you been reading the blog of the CEO of the Global Poker Index (GPI), Alex Dreyfus?

I’m not saying Dreyfus has the world of poker in the palm of his hand, but he certainly has one hand cupping one of its bollocks.

He applies the pressure.

If he squeezes too hard we could end up on our knees, if he squeezes just right we might just want to give him a great big kiss.

The growth of the GPI is as important to poker as the recent relationship between Amaya Gaming and the gang behind the Rational Group. I have said it many times before: the GPI is the Champions League of Football, the PGA Tour of Golf and the NATwA of Tiddlywinks.

But the GPI also has the capacity to create suffering.

We just don’t know it yet.

Allow me to do the same thing, except I am lazier than Dreyfus so I will only take a look at the day that never comes.

I see a future where the Global Poker Masters is not a country based competition but an individual person competition. It will be the equivalent of the PGA Tour, Dreyfus will hold the reins to the bandwagon and everyone involved in poker will jump on board.

The whip has been lashed.

As the game is promoted to a wider audience, giant corporations outside of the gambling industry start investing in poker. The player’s stop putting up the money for the elite competition and this creates a drive in the poker player to get to the top of the GPI 300.

Crucial to our promotion is the vehicle of television. We use it as our window and allow everyone to have a peek. Curtains are burned all over our world. Glass is shined spick and spam.

We have a problem.

The top end of the GPI 300 is filled to the brim with the biggest grinders in the game. A combination of the most skillful players, who have the ability to play, and play and play.

There are some familiar faces missing from the elite niche of our market.

Who are these forgotten souls?

They are the former stars of televised poker. The reason that people decided to watch Episode #2. They have the capability to incite a riot, to flip emotions quicker than a burger boy flips horsemeat, to enthrall, to captivate, to make you laugh, cry and want to play poker.

They are not grinders.

I think we need these characters if our TV model is going to be a success. For every Pete Sampras you need a John McEnroe, and yet I don’t know how the GPI can fit the temper tantrums in.

To do so would mean a drastic change to the GPI formulae.

I’m not alone in my thoughts. During a recent tete-a-tete with the ESPN Broadcaster Norman Chad I asked him if televised poker can survive without characters.

“Without question, the characters are essential. When I started doing this there was just a bunch of middle-aged men chucking chips into the middle of the table. Who is going to watch that? People don’t remember hands; they remember stories, characters, conflict at the tables and the back-stories of the people. I have always believed that to reach out to a greater number of people you have to talk about the players, not the hands.”

In my vision of the future, the GPI rules supreme. This means that the feeder organizations such as PokerStars, Full Tilt, 888Poker, WSOP.com, PartyPoker et al have a sponsorship model that is based on the very best players in the GPI 300.

He may be the only man who can appear on the side of beer cans, or Carls Jr., ads, but Phil Hellmuth aint going to be any good to a poker organization if he never features in the elite televised events because he can’t qualify.

So how is this going to work?

Is Dreyfus going to have to produce some more fairy dust?

It will be what it will be, and if you want to be a part of it then you will have to adapt, as surely as the GPI will adapt.

The characters need to get their heads down and work harder than they have ever done before. They need to fight for their right to be ranked in the top.

And what about the very best players in the game? The grinders with all of the skill?

Did you think this had never been done before?

I leave this article in the capable hands of a man who knows what he is talking about when it comes to promoting the game to a wider audience.

Over to you Norman Chad.

“Dave ‘Devilfish’ Ulliot came from well before the poker boom and he understood that this is what we had to do. He created character. He had this patter about him, he had all of his jewelry, and he was ahead of his time in understanding how important that would be to the poker industry.”

An article that starts with a Frenchman squeezing bollocks, and ends with the Devilfish being an inspiration and role model.

It just goes to prove that anything can happen.

And let’s hope it can.