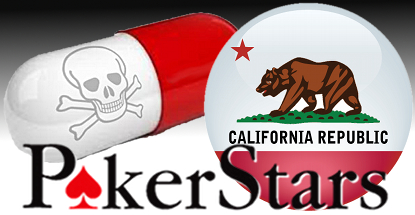 However, the apparent lack of support of the Morongo Band of Mission Indians and the draft’s explicit exclusion of the Morongo’s chosen technology partners PokerStars could doom the bill’s chances. The bill contains strict ‘bad actor’ provisions that would prevent any company that took wagers from US residents after Dec. 31, 2006 from participating in a regulated California online poker market. That prohibition extends to those companies’ software, brands, databases and other assets.

At a recent online gaming conference in Sacramento, Morongo chairman Robert Martin said his group would likely mount a legal challenge of any legislation that included such bad actor provisions, arguing that determinations of suitability were best left to regulators, not legislators. However, the draft contains a poison pill that would nullify the entire bill if a court ruled that its bad actor provisions were unconstitutional.

As for the bill’s other nuts and bolts, eligibility for licensing is limited to licensed card rooms and federally recognized California tribes already offering poker at their land-based gaming facilities. (Racetracks are out of luck.) Licensees would be limited to offering two online poker ‘skins’. A license would cost $5m up front but this would be credited against future tax payments, which are set at 5% of revenue. Licenses would be valid for 10 years, with automatic renewals for the same duration.

The bill is explicitly intrastate, meaning any liquidity sharing with other states and/or foreign jurisdictions would require separate legislation. Players would have to be 21 years of age and it would be a misdemeanor to play online poker on sites not holding a California license. Specific regulations would need to be drawn up within 180 days of the bill’s passage and all licensees would face the same ‘go live’ date to ensure no one got a head start.

And now it gets interesting. If the draft bill were to be introduced as is and receive the support of 2/3 of both legislative houses and become law, do the Morongo choose to mount a legal fight against what they view as the anti-compeitive impulses of the 13 other tribes, thereby subjecting implementation of the state’s online poker regime to a lengthy delay? What’s more, should the Morongo win the fight, the legislative clock resets to zero, resulting in even more delay (and frustration) for California poker players. Your move, Morongo.